Slow West is an Offbeat Take on a Classic Hollywood Genre 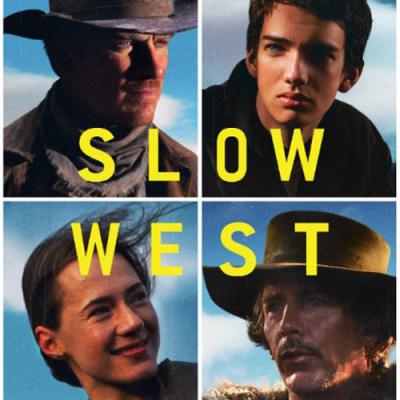 It's an exciting time for Westerns these days, with everyone from Quentin Tarantino to Ang Lee to the Coen brothers looking to the rugged genre for inspiration. Slow West, the debut film from director John Maclean, follows a similar dusty path to tell a story about lost loves and questionable allegiances.

The cast features a who's-who of talented familiar faces. Erie folks may recognize Kodi Smit-McPhee as Viggo Mortensen's son from The Road, which was partially shot in the Gem City. He's in search of his endangered lady-friend, whose father is played by Rory McCann, aka "The Hound" from Game of Thrones. Australian actor Ben Mendelsohn – one of those character actors who seems to be in everything (Netflix's Bloodline, most recently) – shows up as the leader of an outlaw gang. And Michael Fassbender, an A-lister whose talent matches his striking looks, portrays a morally-ambiguous bounty hunter.

I wouldn't expect a classic John Wayne sort of thing from this one. Maclean is drawing from arthouse cinema as much as the old shoot-em-ups of Howard Hawks or John Ford. Instead, expect the unexpected – and marvel at the makeover the Wild West is receiving lately, many years after its heyday. - Dan Schank