As part of the MIAC Live Series, this 18-piece, Grammy Award-winning band will bring its infectious blend of jazz and R&B to the crooked i Thursday, March 20. 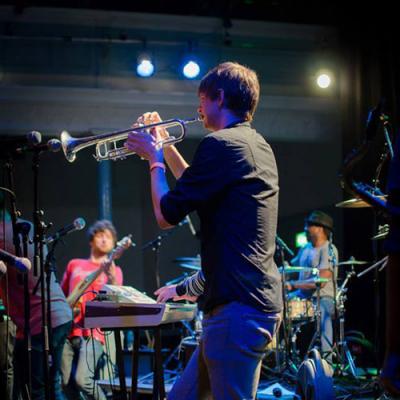 I couldn't get any of the many members of Snarky Puppy on the horn for an interview last week.

Not a one in the bunch, which is big. Bummer. That woulda been pretty fun, I thought – the best, the really loose and free and adventurous, true-original jazz musicians, they usually talk a lot like they play, you know.

Snarky Puppy wasn't being all snarky or snooty or whatever on me, though (which, I guessed, could have been the case, what with the fantastic quasi-collective's very recent Grammy Award win and all the other ways they're getting recognized more and more these days as being, well, fantastic).

Nope, they woulda been happy to accommodate under other circumstances, their agent suggested. Thing was, they were out and away – across-the-world out and away – on tour in Jakarta, Indonesia.

By the Internet's estimate, that's just about 9,913 miles from Erie, Pennsylvania. And by the time Snarky Puppy gets to the crooked i's stage on March 20, bringing a colorful, deep universe of free-form music – "music for the brain and booty," they call it – along with them to the Gem City, they'll have bridged every one of those many miles, and more.

The performance, being hosted by the i and presented by the Mercyhurst Institute for Arts and Culture as part of its 'MIAC Live' series, is being funded in part, according to Mercyhurst, through the Mid Atlantic Arts Foundation's Jazz Touring Network program, with support from the National Endowment for the Arts.

As far as local shows go, this one's unique in those partnerings, and, all-around, it's kind of a big deal.

The 18-piece outfit – a true fusion of world-wise musical talents – won this year's 'Best R&B Performance' Grammy, was included among iTunes' 'Best of 2012' picks in the jazz category, and has earned praise from critics everywhere from the Boston Herald to the BBC. Currently based in New York, their once-underground sounds have been filling major spaces around the globe over the past couple of years.

"Snarky Puppy is an unbelievable band, and have only touched the tip of the iceberg as far as their success is concerned," Ryan Bartosek, co-booking agent for the i and Rubber Tramp Live (and, otherwise, a learned man of music of here, of there, and of everywhere), said when I caught up with him last week.

"It's always nice when a band of this musical caliber comes through and local fans can get a chance to soak it all in," he added. "I expect most of Erie's musical community to be in attendance, with their jaws on the floor.

"Hopefully it inspires some people."

MIAC announced last month that renowned New York-based improvisational jazz singer Alison Wedding will be opening for Snarky Puppy. A few members of the band – its leader and bassist, Michael League, drummer Ross Pederson, and guitarist Pete McCann – also serve as Wedding's regular backup, so the night's warm-up is sure to be one eclectic meeting of the musical minds as well.

The i's doors open at 7 p.m. for the March 20 show, with the night's performances slated to start at 8.

For tickets and more information, visit miac.mercyhurst.edu, or call the MIAC box office at 824.3000.