Someone Special: The Persistent Ambition of Teddy Rankin

On November 15th, Teddy Rankin will be performing with his father, Glenn, at The Colony. 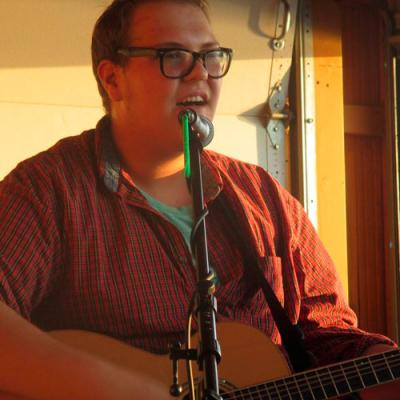 On November 15th, Teddy Rankin will be performing with his father, Glenn, at The Colony. This is not unusual for the family duo — not only do they perform together regularly, at venues like The Colony for patrons looking to grab a drink or meal — but also behind the scenes. These shows have acted as a way for the pair to bond over old favorites and new originals.

"I feel so lucky to be able to play music alongside my dad," says Rankin. "I grew up listening to him play guitar and sing in our living room. He has certainly been my biggest musical influence and a huge supporter of my own music."

"I feel so lucky to be able to play music alongside my dad," says Rankin. "I grew up listening to him play guitar and sing in our living room. He has certainly been my biggest musical influence and a huge supporter of my own music. We play a mix of original material with both older classics (The Beatles, James Taylor) and modern tunes (Dawes, Ed Sheeran)."

In fact, at a recent show, the duo performed Teddy's latest single, "Special Someone," for the very first time.

"We were playing The Ugly Tuna and my father had never played 'Someone Special' before in his life, so I kind of threw him into the fire. [Laughs] And he nailed it!"

"Special Someone" follows the late September release of Teddy's previous single, "Eyes," though it is still unclear whether these singles will find themselves on an upcoming collection of songs. After years of playing, Teddy, now a college sophomore at Gannon University, released his first official studio albums, Dear Future Me and Natural Beauty in December 2016 and March 2017, respectively — an impressive accomplishment considering the latter is a double-album split between Daft Punk-inspired dance tracks and a number of acoustic ballads meant to showcase growth and distance from Teddy's older songs.

Following the release of Natural Beauty, Teddy initially seemed content to sit on any new material until the songs were the absolute best they could be — something his new singles reflect, as he finally seems ready to begin recording his third LP.

"I am really excited about this next batch of songs I've been working on. I seem to be heading in more of an acoustic direction, coming back around to the sound I grew up loving to listen to my dad play." — Aaron Mook