Sounds Around Town features Bronsen Euard and The Essentials

Sounds Around Town comes to a close with Bronsen Euard and The Essentials. 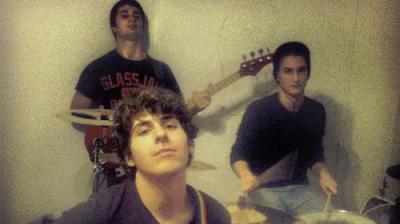 They're described as being kinda like the Three Musketeers – only louder, and they yield axes (like, guitars), sticks (of the drumming sort), and chords (the musical kind) instead of muskets and mustaches ... you know, more blues than bombast.

We hear they love those instruments, too, and also dig playing chess, and – the young guys that they are – have fun just wastin' time between gigs.

But these days, time to waste is getting shorter for Bronsen Euard and The Essentials, because the gigs keep coming fast for the local up-and-comers. And, along with other stops on some of the Erie area's main circuits for live music, they'll be featured (on the radio – and the TV, too!) as the stars of the next, and final, installment of WQLN's Sounds Around Town summer concert series.

The show – free and open to all – starts at 7 p.m. on Friday, Aug. 1, pond-side at the pavilion on WQLN's campus. If it rains, no worries – they'll be taking it indoors.

And, like this summer's previous Sounds Around Town events, craft beer and coffee samples from Erie Beer and McMormick Coffee will be on hand for enjoying.

Sounds Around Town (all of which are being recorded for airing both on WQLN radio and TV stations) are emceed by WQLN Radio's own groovy Gary Finney, host of "The Third Set."

In short, it's good, local music (and other good, local stuff) presented by people in the know about such things.

Definitely sounds like some blues worth getting on Aug. 1. – Ryan Smith