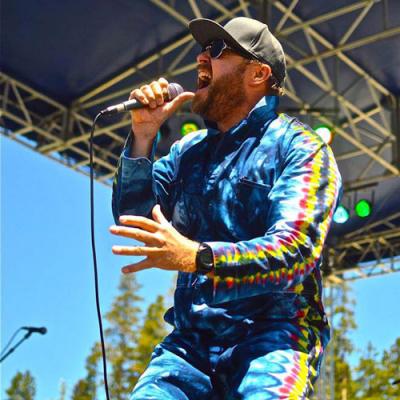 Ah, the freedom of summer. It's easy to get lost in the long evenings and sunshine, and even easier to slide into rambling, creative, and soulful sounds, letting percussion and melody accompany the ease of the season. John Nemeth and Samantha Fish take the first August slot of the 8 Great Tuesdays concert series at the Amphitheater at Liberty Park, with their easy-on-the-ears funky and bluesy sounds. The duo's backgrounds and sonic vibe complement each other and lend a unique twist to their genre.

Nemeth hails from Boise, Idaho, but has toured extensively overseas, lived on the west coast, and settled in Memphis, where, naturally, some of the native music would seep into his. And he's managed to pick up a tune, a genre, or a way of life from each of his residences, citing "Oakland Grease" – California's soul-blues scene – as an influence, and introducing the talents of his Memphis backing group, The Bo-Keys, who worked with Al Green, O.V. Wright, Rufus Thomas, and the Bar-Kays.

Fish has a deep love for the hill country blues genre and describes herself as a blues-rock guitarist. Her third studio album, Wild Hearts, was produced by Luther Dickinson (North Mississippi Allstars, The Black Crowes). But on this project, her vocals and guitar sing with an obviously deep connection to her music and her soul.

The sonic team of Fish and Nemeth will surely provide a funky, vibrant show that avoids being overly passionate or confusing. Instead, their songs will sing into the sunset, with eyes closed and hearts open. – Miriam Lamey