You needn't travel across the Atlantic to experience a wee bit of Scotland. 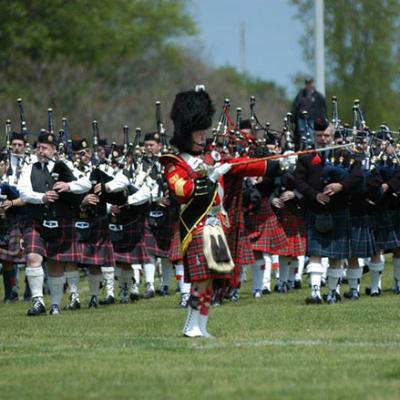 You needn't travel across the Atlantic to experience a wee bit of Scotland. From Thursday, Sept. 8 to Sunday, Sept. 11, Edinboro University of Pennsylvania celebrates Scottish heritage with four days of music, dance, and athletics.

When Thompson came to Edinboro University, he was surprised that this type of event didn't previously exist. Incredibly proud of his own Scottish heritage, Thompson began planning the first Highland Games.

Main events take place on Saturday at Edinboro University, both in and around McComb Fieldhouse.

"If you get there before noon, you'll want to see the opening ceremony," Thompson said. "It's spectacular with the pipe bands marching and playing and the Scottish clans on parade."

The fun begins on Thursday night at Sprague Farm and Brewery in Venango. It continues on Friday with a Folk Harp Showcase at the Edinboro Presbyterian Church and a dinner performance at the Riverside Inn in Cambridge Springs. At Edinboro University, regional fiddle championships begin at 7 p.m. and the "calling of the clans" bonfire starts at 8 p.m. Saturday, the festival runs from 9 a.m. to 4 p.m. The Chelsea House Orchestra wraps up the weekend on Sunday morning at 10:45 at the Edinboro United Methodist Church.

Keep up on the latest by following @BoroHighlandGms on Twitter. – Tracy Geibel

For specific times and locations, contact tthompson@edinboro.edu or visit edinboro.edu/events/highland-games/