All An Act Theatre presents another Agatha Christie play for its 2017 season. 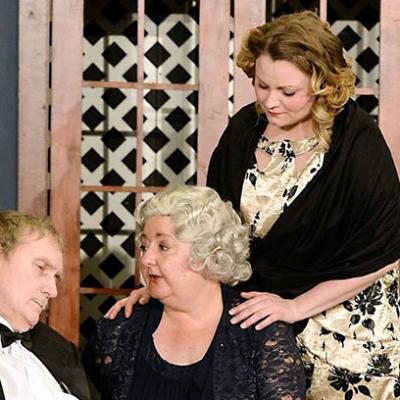 In presenting another Agatha Christie play for its 2017 season, All An Act Theatre is both keeping a tradition and giving Erie audiences what they want.

"This is the seventh consecutive season we've opened with an Agatha Christie show," explained Larry Lewis, A3's managing director and cofounder. "They've proven to be an audience favorite and have consistently been some of our most attended productions."

Lewis added, "Agatha Christie remains popular today because of her talent for weaving plots that draw the audience into her characters and twisting developments. Just when you think you've figured out 'whodunnit,' her storyline shifts to point the finger of guilt in a different direction."

And this year's show, Spider's Web, promises to entrap visitors in their seats as well. As A3's 69th production, what else can audience members expect from seeing Web?

"Patrons can expect a night of suspense as they try to figure out the guilty party," offered Lewis. "Audiences are always smiling at the end of Christie's shows and commenting that they were sure they had figured it out, but were wrong again." – Gregory Greenleaf-Knepp