Spielbergs // This is Not the End 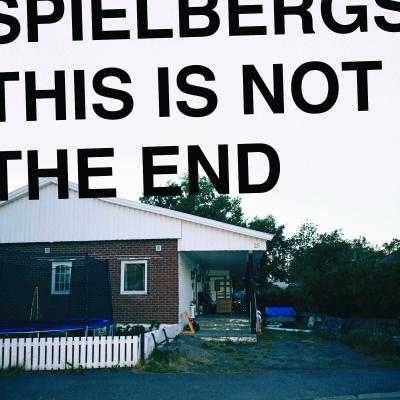 This is Not the End

By The Time It Gets Dark

This debut record is pure joy in the form of fuzzy, anthemic rock. It's a subdued joy, of course, but an infectious one. Hearing the addicting chorus of the second track, "Distant Star," it's hard not to smile ever-so-slightly. Imagine a more subtle Japandroids, or a more caffeinated Yuck and you might be accidentally envisioning Spielbergs. On "Familiar" the album shifts to a lower gear, utilizing a soothing repetitive music box sound, leading into the thunderous drums of "You All Look Like Giants," and the pop punk riffs of "Bad Friend." Then there's the strangely heartfelt ballad of the somehow unironically-titled "McDonald's (Please Don't Fuck up My Order)", coming in at a beefy seven-and-a-half minutes. "4AM," a look back played with fervent intensity and bursting with hooks, shares a similar lyrical theme with the album's closer "Forevermore" (that penchant for nostalgia perhaps being the biggest, albeit strained parallel with the iconic director), a medium-paced track that levels out the tracks' overall pacing wonderfully. It's a remarkably solid album, and an incredibly strong debut from the Norwegian trio. — Nick Warren