Still your Mind with Rolf Gates at Bayfront Sheraton 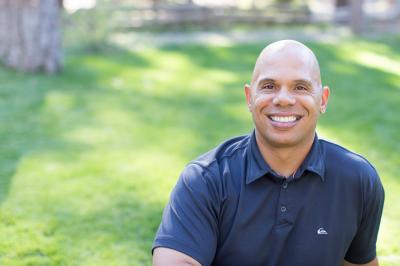 Aweekend of meditation, lecture, and discussion, along with pranayama and vinyasa. To the uninitiated, those words are not as complicated as they sound; pranayama is the formal practice of controlling one's breath, while vinyasa is the movement between yoga poses.

Rolf Gates — former United States Airborne Ranger and social worker — has been practicing meditation for more than 25 years. In his current role as yoga instructor and published author, he will be running a weekend retreat and teaching yogis these techniques while assisting in the deepening of their practice on the mat.

Rolf described the Erie retreat he's hosting as a "weekend (where) we will dive into the tools of yoga that allow us to stay connected to the truth of who we are as we practice new ways of being in the world."

Gates is being brought to Erie for this event by local yoga instructor Betty Amantangelo, former instructor of Y12SR, which was hosted at Art of Yoga back in 2012.

"The Erie yoga community is a vital force of positive energy and to be enriched by [Gates'] unique and soulful ability to bring the best of who we are to the surface, is a benefit for the entire Erie community," Amantangelo said. "A large group of people getting together to learn about things like compassion, self-care, and non-judgment eventually ripples out to others."

The retreat will take place at the Sheraton Erie Bayfront Hotel the weekend of Oct. 19. Yogis of all skill level are invited. Tickets for individual sessions or the full-weekend retreat are available at Gates' website. — Hannah McDonald

10/19/2018 at 5 PM
Sheraton Erie Bayfront Hotel, 55 West Bay Dr., Erie, PA 16507
Join Rolf for a dynamic weekend of Vinyasa, meditation, pranyama and lecture/discussion as we explore the practices that create a life that works. Throughout this weekend, we will dive into the too...
rolf gatesyogaerie yogaweekend retreatbayfront hotel

Wine Lovers All Around Should Be Grapeful