Does the surviving Tsarnaev brother deserve his day in court?

by Jay Stevens
View ProfileFacebookTwitterGoogle+RSS Feed
May 1, 2013 at 7:00 AM 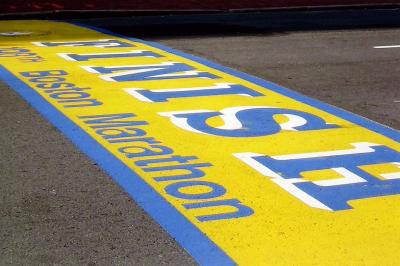 Within hours after one of the Boston Marathon bombers was dead and the other in custody, arguments began over what it all meant and how we should react.

South Carolina Senator Lindsey Graham, for one, pushed for wounded 19-year-old bomber, Dzhokhar Tsarnaev, to be designated an "enemy combatant" – essentially stripping him of most of his Constitutional rights, such as the right to a speedy trial --and to "interrogate" him for information for other possible attacks. "That should be our focus," said the Senator, "not a future domestic criminal trial that make take years to complete."

That, of course, is the wrong thing to do.

Let's see the evidence against the teen bomber. Let's hear the testimony against him. Let's air his crimes for the world to see, and let's hear him mount a defense for his actions. Let's let him have his day in court.

As of the time I'm writing this, there is absolutely no link from the Tsarnaev brothers to any terrorist organization. There appears to be no political motive for the attacks other than a vague hostility to the United States and no political goal for the attacks. If anything, judging by the glimpses we've had into the mind of Tamerlan Tsarnaev – from social media and the reports from friends –  it looks like the bombing was the result of the isolation of a young refugee who, instead of adapting to the country, grew to resent and eventually hate it, and found expression for his hatred in extremist Islamic YouTube videos. In that way, Tamerlan Tsarnaev resembles Richard Poplawski, the Pittsburgh cop killer whose fatal paranoia was fed by Stormfront, Glenn Beck, and Alex Jones.

And even if the Tsarnaev brothers were a sleeper cell for al Qaeda, we shouldn't implement Bush-era anti-terrorist powers and deny Dzhokhar Tsarnaev a trial, or his rights as a criminal defendant. That's because indefinite detention and "interrogation" – or "torture" in layman's terms – is unethical and ineffective in combating terrorism.

The interrogation of Guantanamo detainees overall has been a bust. Some of the disinformation that led to the Iraq War, for example, was obtained by torturing "enemy combatants" picked up in Afghanistan. Information gleaned from coercion is too often unreliable or inaccurate. After all, someone being waterboarded or having The Carpenters blared at them for 48 straight hours will tell you anything to make it stop.

For another, using authoritarian techniques – suspending habeas corpus and other basic rights, say – only encourages more anti-U.S. extremism. Acting like a big bully only makes people want to fight you. I mean, we all saw "Red Dawn," right?

Let's have the trial of Dzhokhar Tsarnaev out in the open, for everyone to see. Let's see the evidence against the teen bomber. Let's hear the testimony against him. Let's air his crimes for the world to see, and let's hear him mount a defense for his actions. Let's let him have his day in court.

In no small way, that would represent a real and positive change from how we as a nation pursued and fought terrorism since Sept. 11, 2001.

After al Qaeda destroyed the World Trade Center, we allowed the government to seize unprecedented police powers. We followed the Bush administration to unjust, unneeded, and expensive war – and 12 years and $6 trillion later, we're still at war. We let the NSA spy on us, we stood by while the government kidnapped and tortured in our name. And President Obama has continued those policies, even started an assassination program of suspect U.S. citizens. And we let this happen.

We succumbed to fear. We live in a world of fear.

If you're under 30, you probably don't even remember what it was like before the Department of Homeland Security, before the TSA was crawling all over our airports.

In this context – in a society where the government and media continually feed us images of a terrorist attack that happened over a decade ago, stoking our fear of terrorism to justify the blood and money expenditures of perpetual war and a strong police presence – in this context, the Boston Marathon bombing felt almost like a bizarro celebration, a renewal of loathing and fear, with new, horrific images to fret over, and even a day off of work for the city of Boston, whose people stayed home to contemplate a crazed teenage bomber running amok in their streets.

It doesn't have to be this way. We could recognize our world contains danger that no amount of police can keep away. We could let constitutional law work to bring justice. We can preserve the rights so many have given their lives for. We could live in a new era of renewed liberty, and reject fear.