It's the end of the line for GE-Union negotiations.

by Jay Stevens
View ProfileFacebookTwitterGoogle+RSS Feed
July 10, 2013 at 7:05 AM 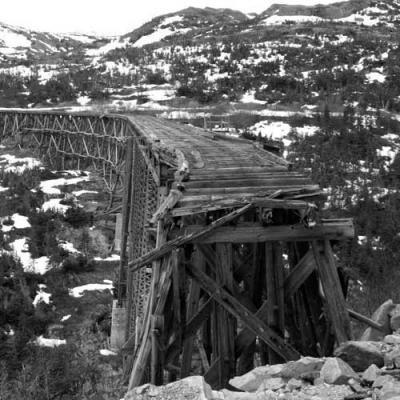 GE's negotiations with its union workers are over. The company is moving ahead with its plans to lay off some 900 workers and transfer its production to a plant in Fort Worth, Texas. "We regret that our efforts to preserve as many jobs as possible during the decision bargaining process were not successful," said head of GE Transportation, Lorenzo Simonelli, in a statement, "but now we must make changes to protect the long-term health of our business."

This shouldn't come as a surprise to anybody. GE's long-term interests are not the same as Erie's, or as the nation's, or as its workers. In fact, it's likely GE will some day move all of its Erie operations out of state or out of the country.

Since Jeffrey Immelt took over GE in 2001, the company has lost some 37,000 American jobs and closed as many as 30 U.S. plants since 2008. Currently, GE employs twice as many workers overseas as in its domestic operations.

And while GE slashes several hundred jobs in Erie, constructing fantastic stories about harsh business environments, this April the company reported big gains in its yearly profits, up $3.53 billion from $3.03 billion last year. And, of course, there's the question of how much the company pays in taxes. According to a 2011 New York Times report, the company paid no federal corporate tax in 2010, despite making over $5 billion in profits. A 2013 Citizens for Tax Justice report pegged GE's federal tax burden over the last decade at about 1.8 percent on over $80 billion in profit – much lower than the corporate tax rate of 35 percent.

Heck, my hometown of Pittsfield, Mass. once housed a large GE manufacturing operation. But by the end of the 1980s, all the factories were shut down, thousands of jobs were lost, and the city lost nearly 20 percent of its population. The only thing left by GE was massive PCB contamination.

Of course, it's easy to single out GE as the villain in all of this.

GE is a publicly traded company whose primary purpose is to generate profits for its shareholders. And GE is certainly not the only company to shutter plants, move jobs overseas, and work to undercut Americans' wages and work conditions. The U.S. tax code creates incentives for large corporations to move overseas. Wall Street financial practices drive companies to chase short-term profits and seek advantages wherever they find them – even if means destroying communities, polluting, and creating poor work conditions to do so.

And I suspect GE executives aren't happy to uproot out of places like Erie. After all, they lived in the communities that their company practices hamstring. Their children went to the schools that will suffer when GE leaves. They likely have friends and neighbors they'll leave behind. They're human.

It's the system. It's the free-trade agreements and the evolution of Wall Street. It's the unfettered advance of free market capitalism, the growth of huge multi-billion dollar international conglomerates. It's the corrupt play of money and politics. There's no one to get angry with, just a bunch of abstract concepts and the slow and corrupting evolution of an entire capitalist system.

For its part, Erie should accustom itself to the idea that GE won't be here much longer. And the city needs to plan for a long-term success that doesn't depend on a large corporation for its livelihood.