Street Corner Soapbox: 2012 by the Numbers

Jay Stevens again provides us with a unique look back at the year with some thought-provoking numbers. 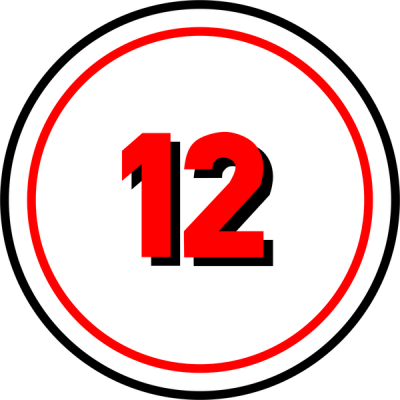 2. The amount of U.S. dollars, in billions, spent by a group led by the Guggenheim Partners to purchase the Los Angeles Dodgers this past spring.

4. The amount of U.S. dollars, in billions, spent by Walt Disney to purchase LucasFilm this fall. The purchase includes the right to the Star Wars franchise.

33. The amount of U.S. dollars, in billions, earned to date by the Star Wars franchise in box office, DVD, and merchandising sales.

6. The amount of U.S. dollars, in billions, spent on the 2012 presidential election. Spending on the top two candidates -- Mitt Romney and Barack Obama -- roughly reached $2 billion. Much of that money was spent by outside groups and "Super PACs," due to a recent Supreme Court ruling removing restrictions on political spending. The $6 billion is approximately equivalent to the GDP of countries such as Liechtenstein and Bermuda, according to UN figures.

50.6. Percentage of the national popular vote Barack Obama won in the 2012 presidential election.

50.7. Percentage of the national popular vote George W. Bush won in the 2004 presidential election. "I earned capital in this campaign," said Bush after the election, "and now I intend to spend it. It is my style."

56.6. Percentage of the 2008 vote from Erie County that Democratic House candidate Kathy Dahlkemper won. According to the records, she won over 71,000 votes from Erie County.

57.2. Percentage of the 2012 vote from Erie County that Democratic House candidate Missa Eaton won. According to the records, she won just over 37,000 votes from Erie County.

49. Percentage of Pennsylvania voters who voted for a Republican House candidate in 2012.

7. As of the Sandy Hook Elementary School shooting, the number of mass shootings in the U.S. in 2012.

62. The number of people killed as a result of those mass shootings.

31,347. The number of U.S. deaths in 2011 as a result of firearms, according to the Centers of Disease Control and Prevention.

17. The number of U.S. citizens, worldwide, who died as a result of terrorism in 2011, according to the National Counter Terrorism Center.

42,446. Number of Syrians -- including civilians, insurgents, and government forces -- killed between March 2011 and December 2012 as a result of the Syrian civil war, according to the Center for Documentation of Violations in Syria. The bulk of the casualties -- nearly three quarters -- are of civilians targeted by the Syrian government led by president Bashar al-Assad.

25. Number of World Records that fell during the 2012 London Olympic Games.

5. Number of those U.S. World Records set by women.

4. Number of those U.S. World Records set by swimmers: Missy Franklin in the 200m backstroke, Rebecca Soni in 200m breaststroke, Dana Vollmar in the 100m butterfly, and Franklin, Soni, Vollmar, and Allison Schmitt in the 4x100m medley. The other World Record was set by the U.S. 4x100m women's track team, including Tianna Madison, Allyson Felix, Bianca Knight, and Carmelita Jeter.

22. The number of Olympic medals U.S. swimmer Michael Phelps won in the past three Olympic Games. Eighteen of those medals are gold, two silver, and one bronze.

15. Age of Michael Phelps when he competed in his first Olympics in 2000.

10,000. The amount in U.S. dollars allegedly offered to any member of the New Orleans Saints by Saints linebacker Jonathan Vilma to injure Minnesota quarterback Brett Favre before their NFC Conference Championship Game in January 2010. In March of 2012, the NFL suspended Gregg Williams indefinitely, defensive coordinator of the Saints at the time and organizer of the "bounty program" to pay out cash rewards for deliberate injuries of other teams' players. Head coach Sean Peyton and Vilma were suspended for the entire 2012 season. Vilma's suspension was recently overturned, and he is pursuing a defamation suit against NFL Commissioner, Roger Goodell.

3. The number of perfect games pitched this year in major league baseball. The feat -- retiring 27 batters in a row without allowing any baserunners -- has been achieved only 23 times since 1880. Only once before -- in 2010, when there were two -- has there ever been more than one perfect game in a season. Felix Hernandez, Phillip Humber, and Matt Cain were the pitchers of record.

2.4. The estimated cost, in billions of U.S. dollars, to Miami-Dade county taxpayers for the construction of Marlins Park, a baseball stadium for the Miami Marlins. In response to the financing, angry voters voted Miami-Dade mayor, Carlos Alvarez, out of office in a 2011 special recall election. "People who tried to bully us haven't gotten away with it," said Marlins owner, Jeffrey Loria, about the opponents to the stadium financing. "There were plenty of naysayers, people who can't stop shooting their mouths off." Loria, MLB commissioner Bud Selig, and others involved in the county financing deal are currently under investigation by the SEC for improper dealing between the Marlins, Major League Baseball, and county officials.

8. Number of months after the Marlins' first game in their new stadium in March that the team made a November 12-player trade that sent Jose Reyes, Mark Buehrle, Josh Johnson, Emilio Bonifacio, and John Buck to the Toronto Blue Jays in exchange for prospects and two low-priced players. Between the November trade and earlier moves, Loria and the Marlins shed $225 million in payroll.

33. The current payroll of the 2013 Florida Marlins, in millions of U.S. dollars, according to Cot's Baseball Contracts. Unless the Marlins acquire high-priced contracts before Opening Day, their payroll will be the lowest in baseball by over $20 million.

9. Estimated loss in 2012, in billions of U.S. dollars, by the bank JP Morgan Chase as the result of a series of risky investments. The bank is currently being investigated for its auditing and risk management processes by Senate and House committees, the FBI, Treasury Department, U.S. Justice Department, and U.S. Securities and Exchange Commission, among other agencies.

25. Amount of bailout money, in billions of U.S. dollars, that JP Morgan Chase received from the U.S. government in 2008.

60. Estimated final cost, in billions of U.S. dollars, of the damage done by Hurricane Sandy to New Jersey and New York. The storm hit the Northeast U.S. in late October, impacting as many as 24 states, and extending as far west as Wisconsin. Among the more than 250 that died in the storm's wake across seven countries were Robin Walbridge and Claudene Christian, the captain and crew member of the HMS Bounty, which sank off Cape Hatteras on October 29. Scientists ascribe the unusually warm and moist conditions that spawned the storm to climate change.

92. The ratio of record high temperatures for every record low temperature during the first 10 days of December 2012 in the United States, according to CapitalClimate, using National Climatic Data Center numbers.

132. The ratio of record high temperatures for every record low temperature during the first 10 days of December 2012 in the 48 contiguous U.S. states.