The campaign finance numbers are in.

by Jay Stevens
View ProfileFacebookTwitterGoogle+RSS Feed
July 24, 2013 at 7:00 AM 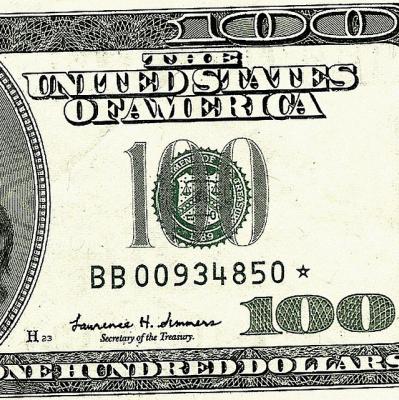 The numbers are in from the recent May election. The Democratic candidates for the Erie County Executive primary election spent nearly a quarter of a million dollars in campaign funds. Well, more precisely, they spent just over $215,000. Despite losing the primary, incumbent Barry Grossman outspent his challenger (and victor), Kathy Dahlkemper, $119,000 to $95,000.

"I find these campaigns – in terms of money spent," said Grossman in an interview with the Erie Times-News, "obscene."

But is that true? Given the factors in the May election, I'd say no.

For starters, municipal primaries are always sparsely attended. It's easy to blame voter indifference, but other conditions are responsible for the low turnout. Lack of news coverage of the local candidates and issues is the prime culprit. A candidate in a secondary race – like, say, for Erie County Council – is assured of only one 15-second spot on local television during the entire election cycle. Even the marquee races – like this year's county executive election – come up short in the competition against murder, home invasion, and weather, the usual fare of our local television news. Local newspaper coverage is only marginally better.

It's then left to the candidates to tell voters they exist, to tell them what they believe, and to tell them what their goals for local government are. The candidates even have to tell voters when and where the election is. This isn't easy. A voter has to see a candidate's name a number of times before they even recognize it on the ballot. And more impressions are needed before a voter understands and remembers a candidate's platform.

This work requires mailers, newspaper and television ads, events, yard signs, T-shirts, bumper stickers, magnets, and just about any other kind of media you can think of. It also requires a network of volunteers knocking on doors and handing out literature, and calling voters on the telephone.

The county executive candidates have a bigger obstacle, too: Erie County is big. It comprises more than 280,000 people spread out across more than 1,500 square miles. The city of Erie itself has a wide array of voter demographics; the difference between far-flung communities in the county is even greater. Not only does this mean Grossman and Dahlkemper needed to send more mailers, they had to tailor messaging and media outreach to different groups of voters.

Naturally, all of this requires money.

But campaign money isn't the evil most make it out to be.

"Money doesn't necessarily cause a candidate to win," wrote Stephen Dubner on the Freakonomics blog, "but rather, that the kind of candidate who's attractive to voters also ends up attracting a lot of money.

"So winning an election and raising money do go together, just as rain and umbrellas go together."

To most of us, $215,000 is a lot of money. But for a very competitive countywide election in an off-year and, thus, happening within a virtual media blackout, it's actually chump change. And given the importance of local government, the millions of dollars to allocate from the city and county budgets, and the effect these offices have on our everyday lives – on crime, emergency response, on streets and traffic, on our businesses, jobs, and schools – the money spent on the recent county executive race seems small.