by Jay Stevens
View ProfileFacebookTwitterGoogle+RSS Feed
August 7, 2013 at 11:41 AM 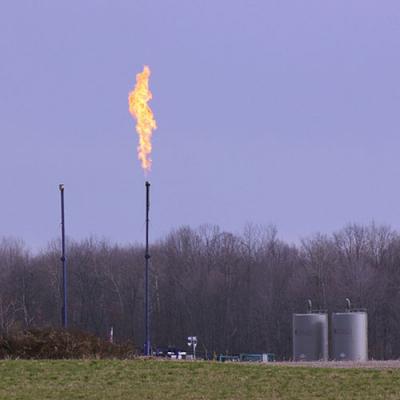 The Los Angeles Times reported on a leaked PowerPoint presentation from an EPA scientist about water well contamination in northeastern Pennsylvania near Dimrock. According to the Times, the presentation showed that on-site officials were concerned about elevated levels of methane and heavy metals in the groundwater, and that they suspected nearby gas drilling operations were responsible. High-level EPA officials in Washington, D.C. overruled those concerns. Instead, the water test results were considered naturally occurring, and further investigation into Dimrock's water supply was ended.

The dropping of the Dimrock investigation mirrors other outcomes in Wyoming and Texas where fracking was suspected of contamination groundwater, but high-level EPA officials in Washington curtailed further study.

While the EPA maintains that these decisions were correct, and that on-site concerns were based on "preliminary" data, and that investigation and consideration found the concerns...well...not concerning, the EPA's behavior in these cases mirrors the Pennsylvania Department of Environmental Protection's (DEP) actions depicted in "Triple Divide," a documentary film about fracking in Pennsylvania and recently shown at the Erie Art Museum. According to the filmmakers Melissa Troutman and Josh Pribaniac, the DEP made a number of questionable industry-friendly decisions around fracking, such as erasing concerns about water well contamination by invalidating predrill water quality tests.

It's a disturbing pattern. One that pits the power of the state against Pennsylvania landowners.

It's a pattern that also appears in the numerous waivers fracking has from federal regulations, such as the Clean Water Act and other drinking water and hazardous waste rules. And it's a pattern that shows itself in the Pennsylvania State Assembly, which has passed a number of fracking-friendly laws, including an industry-friendly fee system that will cost state schools billions and, more recently, a law that allows frackers to pool existing gas leases, hamstringing landowners from negotiating royalty payments. That is, both state regulators and lawmakers seem to be bending over backward to protect the interests of the natural gas lobby but at the expense of everyday Pennsylvanians.

This favoritism should alarm even the most ardent supporters of fracking. Even if you believe the environmental impacts are overblown, and that natural gas offers the nation a cheap, domestic, and clean fuel source that will both reduce our reliance on oil and coal and help curtail carbon emissions – even if you believe all this, that the state and federal government have allied themselves with the gas industry should concern you, deeply.

This should concern you even if you are the gas industry.

Here's the thing: This kind of favoritism by government, these cover ups, the skewed data, tailor-made laws, and agencies working blatantly for an industry, all of this erodes public confidence. Even among ardent supporters. A backlash will happen. Leases will be harder to sign. Media scrutiny sharper and more pointed. Reformers – even among conservatives – will enter the Assembly.

And Tom Corbett will not be governor forever.

An open transparent process should rule gas drilling in Pennsylvania and elsewhere. Our groundwater is too precious to trade it in for a temporary natural gas boom.