Street Corner Soapbox: A Bill to Privatize Liquor is Sitting in the State Senate – And It's Time Pennsylvania Gets Out of the Business of Booze

by Jay Stevens
View ProfileFacebookTwitterGoogle+RSS Feed
March 4, 2015 at 8:30 AM 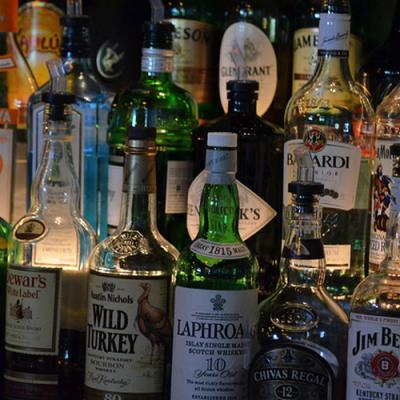 Good responsive government is a tool, not an end in itself. It should help right inequities by ensuring access to education and health care, by aiding business, building infrastructure, and preserving peace and justice. That's a progressive view of government.

Progressive government is not big government, no matter what your cable news talking head tells you.

That's why Pennsylvania should not be in the liquor business.

If you've ever tried to buy alcohol in the state, you know exactly what I mean. State liquor stores are few and far between, have a limited selection, are staffed by people who don't give a rat's ass about their product, and have the ambiance of a basement. And if you want a case of beer, you need to find a beer distributor, which aren't much better. If you want a six-pack or, God forbid, a single beer, you need to find a restaurant, bar, or supermarket that sells six packs

It's a system that grew out of Prohibition and from a teetotaler lumber magnate with an impressive mustache – Gov. Gifford Pinchot – who, in 1933, persuaded the Pennsylvania Assembly to pass a series of laws regulating alcohol that would make buying it as difficult as possible, with the goal of discouraging people from drinking.

That is, the inconvenience of Pennsylvania's liquor sales is not a bug, it's a feature.

So recently, after debating the issue for more than 50 hours, the state House passed a bill that would privatize the sales of alcohol, 114-87. If the bill becomes law, wine and liquor licenses would be sold off, generating in about $1.2 billion in immediate, one-time revenue, and ensuring the state of about $30 million in yearly revenue afterwards.

Every Democrat in the House voted against the bill. Its fate in the Senate is unsure – last year, a similar bill died in that body. And if it somehow passes the Senate, newly elected Gov. Tom Wolf has said he'd veto liquor privatization.

For some, like the mustachioed Pinchot before them, privatization raises concerns because it means making alcohol more readily available and more people will drink more frequently. "The other side is talking about the No. 1 drug, alcohol, like it's milk and bread," said Democratic Representative Anthony DeLuca in a Pittsburgh Post-Gazette report. In a letter sent to House members, the Fraternal Order of Police opposed the bill, saying it would "dramatically expand the access to alcohol" and would lead to more alcohol-related crime.

A 2011 Keystone Research Center survey of alcohol privatization studies across seven states and several other countries estimated that alcohol consumption would increase by 48 percent, and that the top ten percent of drinkers would make up the bulk of the increase. That is, our drunks would get drunker. A 2010 American Journal of Preventative Medicine survey of studies on increasing availability of alcohol – mostly by lifting bans on Sunday sales of booze – did show an increase in automobile crashes and DUI arrests, although it was noted that the arrests were accompanied by an increase in police patrols.

But like all statistical questions, there are studies that show the complete opposite happens. A Commonwealth Foundation study showed that alcohol consumption decreased by as much as 6 percent after similar deregulation in West Virginia and Iowa – some hypothesizing because people would buy less alcohol each trip to the liquor store. 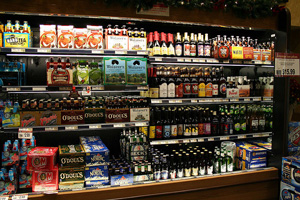 In short, there's a maze of competing statistics pointing to different effects of deregulation. But even if greater access to alcohol necessarily meant more abuse, access could be limited in other ways – by reducing hours or days of liquor sales, for example. Keeping liquor in the hands of the state isn't the best way to combat alcohol abuse.

Also at stake are jobs. Good jobs. The state employs nearly 4,000 people to staff its stores, of which more than half are full-time employees. Protected by unions, liquor store workers enjoy living wages and benefits. Privatization will kick most of those employees out of work. The current bill does earmark educational or job training grants for liquor store employees who stand to lose their jobs, as well as give those workers preferential consideration in applications for state jobs, but, well, we know the jobs will be gone.

And that is a problem. Especially in our current economic environment, where wages are at best stagnant for most Americans and pensions are becoming a thing of the past, as are livable wages for non-white-collar work. The government sector is one of the few remaining areas where people can find decent wages for their work.

But government should not be in the business of employing workers just to employ workers. Liquor store salesperson is not an essential government service.

But what's likely driving opposition to privatization is the lost revenue for the state privatization it would bring. The current bill passed by the House would bring in an immediate chunk of cash, it's true, but smaller yearly amounts afterwards. Last year, for example, state liquor stores added about $80 million to the state budget – which means the state would lose $50 million, or more, of liquor sales revenue each and every year after privatization.

In a perfect world, with a functioning government – that is, one without free-market conservatives and their hare-brained and unrealistic economic theories – the revenue lost in liquor privatization would be made up in other ways: a gas tax hike, perhaps, or a real fracking tax.

Unfortunately that's not the state we live in.

That said, progressives and Democrats should represent their ideals. And having state government run alcohol sales is not in any way a progressive ideal. It does not serve the public. It's clear government overreach, a half-baked plan cooked up to help satisfy a temperance advocate's personal objection to booze.

We can do better.