The tale of two media anchors and the true weight they carried.

by Jay Stevens
View ProfileFacebookTwitterGoogle+RSS Feed
February 18, 2015 at 8:30 AM 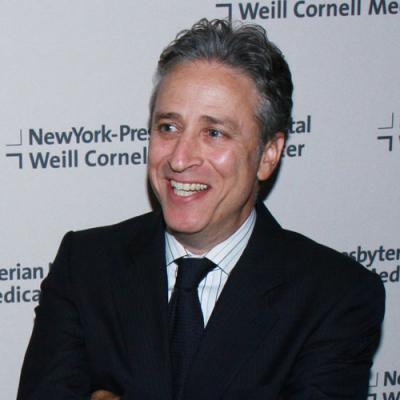 This is a tale of two news anchors who are leaving television. One – the phony, the clown – by choice; the other – the professional, and respected journalist – trailed by scandal.

This is also a tale of the invasion of Iraq, and the role that the media played in creating that war. It's a story of lies and truth, of television journalism and television comedy.

This is about Brian Williams and Jon Stewart.

Brian Williams was the anchor of NBC Nightly News until Stars and Stripes reported that an anecdote he had told on air was false. He had claimed to have been in a helicopter shot down by an RPG in the Iraq War; he was not. Other of Williams' stories have since come into question. Reporting on Hurricane Katrina from New Orleans, for example, he made some claims about vicious gang members in his hotel and dead bodies floating in the street outside – although hotel workers deny the gang story, and his hotel was located in the high-and-dry French Quarter.

Williams first went on a short, self-imposed break to let the mess clear itself up. Then, after public outcry, the network stepped in and suspended Williams while they investigate his reporting.

What's been surprising about the Williams' story isn't that he lied – not a surprising end to a job that's only part journalist, and mostly celebrity. "We want our anchors to be everywhere , to be impossibly famous, globe-trotting, hilarious, down-to-earth, and above all, trustworthy," wrote The New York Times media critic David Carr, in his last column – he, too, exiting, but from lung cancer, "it's a job description that no one can match."

No, what's surprising is that so many of Williams' television and reporting peers circle around the man.

The New Yorker's Ryan Lizza tweeted a link to a piece on false memories, urging his followers to read it "before you crucify [Williams]." A sentiment echoed by other reporters and columnists. "We all make bad mistakes," said MSNBC's Joe Scarborough on-air, "let him who is without sin cast the first stone."

Williams, by this narrative, was being driven out by an unruly mob of jealous nobodies on Twitter. Williams is the victim!

But his lie seems too apparent. He "misremembered" getting shot down in a helicopter? What's more likely is that the anchor embellished his stories partly as self-promotion, and partly to add lurid detail to sell his broadcasts. Isn't that against the ethics of journalism?

Well, yes. But Williams' defenders probably aren't defending the man – although it seems many like him, personally – but the kind of reporting he's doing, where the ultimate goal of news is ratings. The kind of "serious," money-making reporting they're doing, too.

Which is the problem.

"Brian Williams didn't have to go away because he lied," said HBO Real Time host Bill Maher in a recent opening monologue. "He should have to go away because the NBC Nightly News sucks." Williams' and network news programming's crime is that they devote too much time to "car chases and bears in swimming pools and store clerks fighting back" instead of real, hard news.

And this gutless, money-driven, avoid-difficult-questions kind of reporting was at its worst during – you got it! – the Iraq War.

Back in the early 2000s when the Bush administration casually and baldly planted stories of Iraqi WMDs duly reported by the mainstream press, when whispers of torture and rendition and domestic spying leaked but went largely uninvestigated, and when the tanks rolled in the desert chased by the press corps, the mainstream media took on the role of cheerleader, stenographer, and videographer for the government and military.

And there, among the troops, were the embedded reporters in Kevlar vests breathlessly reporting from the front lines.

Is it any wonder this is what Brian Williams decided to lie about?

Jon Stewart and The Daily Show were the antidote, fresh air in the poisonous media atmosphere.

The Daily Show is, of course, primarily comedy. It's a satiric send-up of a newsroom with over-the-top reports from far-flung correspondents, mocking the newsmakers and the people they report on. During the Iraq War, the Daily Show took aim at the administration's WMD claims, its poor handling of Iraqi reconstruction, the media's poor reporting through segments like, "Mess O'Potamia," "Guantanamo Baywatch," and "Crisis in Israfghyianonanaq."

The show weighed evidence against rhetoric, and was one of the few outlets on television where you could find some honest commentary.

And it was one of Stewart's correspondents – Stephen Colbert, who had gotten his own show – who made probably the most famous and important stand-up routine at the 2006 White House Correspondents'' Dinner, lambasting George Bush's anti-intellectualism, his poll numbers, the disaster of Iraq – while Bush himself sat ten feet away, glowering! And the assembled Beltway media gasping, or lapsing into silence!

You had to be there, you had to have endured four years of insane propaganda to understand how refreshing, how exhilarating it was to hear Colbert criticize Bush and the press to their faces. The mainstream press and Bush administration had colluded to create a kind of echo chamber, and with one routine – which went viral online – it broke apart. We could laugh at them now.

Young people loved The Daily Show and The Colbert Report. It attracted the most under-30 viewers out of any news program, and its viewers consistently ranked among the most knowledgeable news consumers – better than NPR listeners, better than network news consumers, and far, far more knowledgeable than Fox News viewers (who consistently finish last).

You could say young viewers liked The Daily Show because it was funny and irreverent. Or maybe they liked it because Millennials are pragmatic problem-solvers, and they like news without all the bullshit. They like honest reporting. Either way, it was the Millennials who came out in droves to the polls in 2006 and 2008 and ended the Iraq War and broke the tired Beltway cliché that you can't count on young voters. (They didn't show up for McGovern back in '72!)

In a time of insanity, it was a satire show that brought clarity. In a time of lies and deceit, it was the comedy spoof that told the truth. The Daily Show wasn't alone in its reporting – there was Sy Hersh, Frontline, and McClatchy News, among others – but it was funny as hell and influential as hell, and it helped preserve journalism.

Brian Williams? We won't even remember he was there. Jon Stewart? I can't help feeling U.S. democracy will die a little with his departure.