The distracting joke of Jade Helm 15 doesn't have us laughing as the Patriot Act's renewal seems inevitable.

by Jay Stevens
View ProfileFacebookTwitterGoogle+RSS Feed
May 13, 2015 at 6:45 AM 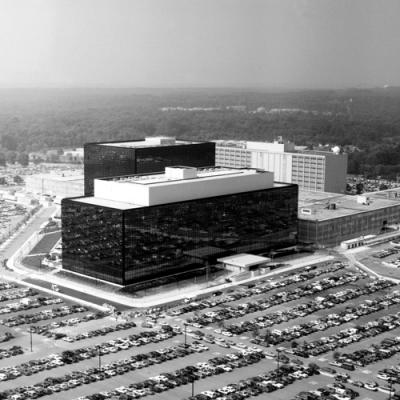 Have you heard the joke of the month? Get this – a bunch of nuts in Texas think the U.S. military is planning on taking over their state, imposing martial law, and silencing those pesky, freedom-loving, patriotic whack-job conspiracy theorists once and for all.

Apparently the Navy is doing some maneuvers and training in the area in July – known as Operation Jade Helm 15. And a PowerPoint presentation from the maneuver landed in somebody's inbox – and in it, Texas was labeled as "hostile." Paranoid radio talk-show host Alex Jones took one look at this and declared that the U.S. was going to invade Texas. Dissidents would be arrested and held in Walmart supercenters that are ostensibly closing for plumbing repairs.

No, really. People believe this!

Now, if it ended there with the nuttiness confined to the usual back-alley Internet sites, the ones with black backgrounds and flashing neon letters, the furor over Jade Helm 15 would be amusing. Quaint. Silly. Only it didn't. It got weird.

First Texas House Representative Louie Gohmert took the conspiracy seriously. "This military practice has some concerned that the U.S. Army is preparing for modern-day martial law," said Gohmert after his office had been bombarded with calls about Jade Helm 15. "Certainly, I can understand these concerns." Why? Because the Obama administration considers Constitution-loving, gun-toting, patriotic Americans a "major threat."

And then Texas Gov. Greg Abbot ordered the state militia to monitor the exercises. Why? To ensure that Texans' "constitutional rights, property rights, and civil liberties will not be infringed."

Texas Sen. Ted Cruz agreed that Texans had reason to be concerned. "When you see a federal government that is attacking our free speech rights, or religious liberty rights, or Second Amendment rights," said Cruz, "that produces distrust." The would-be presidential candidate also sent inquiries to the Pentagon, asking the heads of the armed forces if they were planning on taking over Texas.

"We are not taking over anything," said Pentagon spokesperson Colonel Steve Warren.

First, let's get this out of the way: if you can get a House Representative, governor, and U.S. Senator and presidential candidate to take you seriously and turn your completely imaginary issue into a national news story, you are not in any danger of oppression.

Second, the U.S. government is actually involved in illegal activity that impinges on the civil rights of Americans. That is, there are actual, real issues to rally around.

Take the NSA's program to collect metadata on Americans. Revealed by former contractor and whistleblower Edward Snowden, the NSA's activities include recording all of the cell phone calls made by U.S. citizens, as well as all of our Internet activity. The NSA's collection of phone calls, anyway, was recently ruled illegal by a federal appeals court.

According to the court, the Patriot Act – under which the program was justified by the spy agency – "cannot bear the weight the government asks us to assign it, and that it does not authorize the telephone metadata program." Additionally, the court noted that "such expansive development of government repositories of formerly private records would be an unprecedented contraction of the privacy expectations of all Americans," and that we should "expect such a momentous decision to be preceded by substantial debate, and expressed in unmistakable language."

But such is the Patriot Act, that bill full of extraordinary and unprecedented police powers passed weeks after 9/11, when the country was still reeling from its recent terrorist attack. It grants the government almost unchecked search, surveillance, and property seizure powers over anyone considered a "terrorist" – a term so broadly defined by the act, that it could include domestic participants of civil disobedience against U.S. government policy. And the government's execution of the Patriot Act and the limitations on its powers rely on secret interpretation of the bill.

That's right. The government gave itself sweeping police powers, and the extent of those powers are secret.

And, yet another irony, and one that should make Ted Cruz and Louie Gohmert blush, is that our Congress has duly stepped up and approved not only the Patriot Act itself, but retroactively approved of the government's worst abuses under that bill. Warrantless wiretapping? Check! Indefinite detention of terror suspects? Check! Secret collection of Americans' phone and Internet data? Check!

And as I write these words, Congress is mulling over renewal of the Patriot Act. While many Congressional representatives – yes, Louie Gohmert and Ted Cruz among them – support reforming the Patriot Act, it's not likely we'll see any meaningful change in the bill.

One reform is the USA Freedom Act, which is expected to pass the House. That bill limits – but doesn't end – the NSA metadata collection program, and as such is still relatively weak. An early provision of the bill, for example, requiring the government to have a warrant before collecting an American's phone and Internet records was cut in committee. But even that weak reform bill is likely to be further watered down or to fail outright, thanks to the Senate Majority Leader – Republican Mitch McConnell – insisting on simply renewing the Patriot Act without any change.

Which brings me to the final irony in all of this. The Texas nutjobs and the politicians that fret over Jade Helm 15 are all conservatives and Republicans – and self-identified conservative voters overwhelmingly support the Patriot Act. They also support warrantless wiretapping. Stop-and-frisk search policies. Drone strikes. Extraordinary rendition and our government's assassination program. Indefinite detention. Torture.

The only threat to civil liberties that the right end of the political spectrum cares about are completely imaginary. That...insanity...has permeated throughout the Republican party, the political party now shepherding reform of the Patriot Act through Congress.