by Jay Stevens
View ProfileFacebookTwitterGoogle+RSS Feed
April 16, 2014 at 5:15 AM 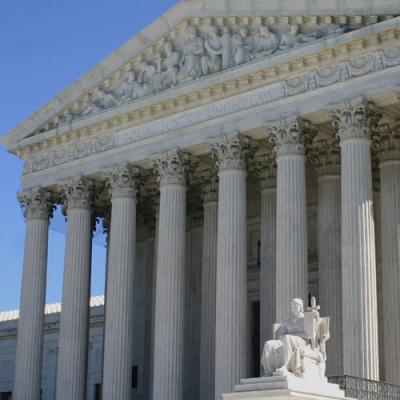 Money talks. And the Supreme Court wants you to hear what it has to say.

In early April in McCutcheon v. FEC, the Supreme Court ruled a limit on aggregate campaign donations was unconstitutional. That is, donors could not be limited on how much they could donate in total to various political candidates.

Chief Justice John Roberts blithely breezed over concerns that erasing the limit of $74,600 allowed in aggregate campaign donations would lead to corruption.

"Spending large sums of money in connection with elections," wrote Roberts, "does not give rise to quid pro quo corruption. Nor does the possibility of an individual who spends large sums may garner 'influence over or access to' elected officials or political parties."

Which makes you wonder: is Chief Justice John Roberts really that naive?

First, the Supreme Court's majority decision narrows the definition of corruption that the state can have interest in. The only kind of corruption the government can regulate is trading action or legislation for money. Bribery. Buying influence or access to politicians isn't corruption, say the court's conservative justices. Congress – and American citizens – can't regulate contributions out of concern that wealthy donors will monopolize the time and attention of public servants they support.

Second, the court also ruled that contributing money to politicians is a civil right enshrined under the First Amendment. That is, money is speech. And spending unlimited sums of money to influence politics is a guaranteed right.

Both ideas are relatively recent, too. "Nothing was more to be desired than that every practicable obstacle should be opposed to cabal, intrigue, and corruption," wrote Alexander Hamilton in the Federalist Papers. The Framers, too, were concerned about an elite group gaining influence over the government. "It is essential to such a government that it be derived from the great body of the society," wrote James Madison, "not from an inconsiderable proportion, or a favored class of it." Corruption was hardly limited to bribery.

And the idea that money is speech grew out of a 1976 Supreme Court decision – Buckley v. Valeo – which found that limitations on campaign expenditures was unconstitutional because they limited the free-speech rights of political candidates to express their views. That ruling was based on the idea that modern political campaigning costs money – the television and radio ads and other modern means of communicating with an electorate are expensive. But today's Supreme Court extends that right to donors, as if individual donations were a kind of voice-trumpet, amplifying speech through the candidate's campaign to the world – ironically reinforcing the idea that money buys influence.

What's lost in that interpretation is that an influx of money from wealthy donors actually limits speech. It drowns out the rest of us who can't afford to fund campaigns or political parties on our own. Speech is no longer the "communication or expression of thoughts or ideas," as defined by, you know, the dictionary, it's now apparently a matter of volume.

So, is Chief Justice John Roberts – and others who like the ruling on McCutcheon v. FEC – really that naive? Do they not see how donations lead to influence? And how that influence leads to a kind of corruption, where government "derives" from a "favored class"?

Probably not. It's more likely Roberts et al. see the favored classes' increased influence as a feature, not a bug.

Remember, this is a court that okayed the application of photo ID laws for voting while acknowledging that "partisan considerations may have played a significant role" in the law's construction and intent, and that their application would prevent people from voting. This is also a court that ended provisions in the Voting Rights Act that allowed for Congressional oversight of voting laws – and which has led to legislation severely restricting access to voting for minority voters.

In other words, here's a court that values money as political expression, but not voting.

Basically, what we're seeing is a court that values the opinions and influence of moneyed interests above those of the "common" citizen. And in that way, they're not so very different from the constitution's architects. Alexander Hamilton – while decrying favored classes – also thought that ordinary citizens were "turbulent" and "changing," and thought "the rich and well born" should have "a distinct, permanent share in government" and would be "the safest depositories of republican liberty." John Adams put it the most bluntly: allowing all to vote – including women and those without property – "tends to confound and destroy all distinctions, and prostrate all ranks, to one common level."

And so the early republic was formed: only white males with property were allowed to vote. And one body of government – the Senate – was elected by state legislations, not directly.

It's no coincidence that contemporary conservative jurisprudence revolves around a philosophy called "originalism," a principle that calls for constitutional questions to be decided and interpreted based on the original intent of the document's drafters.

John Roberts and the court's conservative justices are not naive. They're not ignoring the very real effect that McCutcheon v. FEC will have on our political system. They're counting on it.