by Jay Stevens
View ProfileFacebookTwitterGoogle+RSS Feed
April 2, 2014 at 7:52 AM 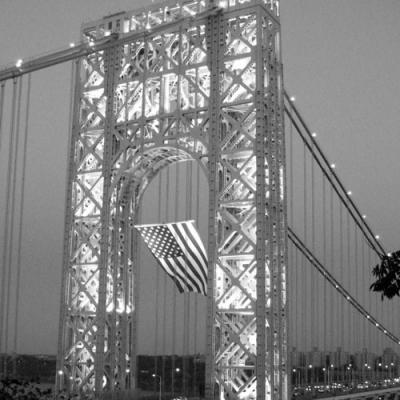 It's never good to peak too early in a presidential race. Being the frontrunner means having a big target attached to you. It means enduring weeks or months of negative rhetoric, attack ads, and flung mud.

Ask Hillary Clinton. Ask Mario Cuomo, Rudy Giuliani, and Ted Kennedy. Ask Al Gore, who's still accused of saying he "invented the Internet" – although he said no such thing. Ask Howard Dean, who still has to joke about "the scream" – that brief moment of unrestrained emotion on an Iowa stage that helped sink his 2004 bid for the Democratic nomination. Your opponents will find anything, any unguarded moment or slipup, any ambiguous sound bite and just beat it to death.

You know the guy: the sharp-tongued, erm, husky Republican governor who made his name breaking up New Jersey political cronyism and ran for his state's highest office on a platform of cutting government spending – taking specific aim at the pensions of public employees, of schoolteachers. Which he later did, partly through a town-hall campaign famous for confrontations with teachers and other everyday people – slinging names like "jerk" or "idiot" or "thugs" at them and becoming a YouTube sensation for it.

He's also famous for his praise of President Barack Obama and the 2012 White House reaction to Hurricane Sandy – a storm that ravaged the Jersey shoreline, doing nearly $40 billion in damage and killing 37 in that state alone. Christie told reporters the president's reaction had been "outstanding" and working with him was "wonderful." Republicans slammed him for it – those remarks came a month before Obama's re-election bid, and were seen as treasonous. But when a reporter asked him about it, Christie said, "this shows you how broken our political system is. Because I say something nice about someone who does their job well, somehow that takes away my endorsement of Mitt Romney?"

But now his candidacy is done, thanks to "Bridgegate."

You know the story: In September 2013, there was a massive four-day traffic jam in Fort Lee, N.J., as two of the three toll lanes onto the George Washington Bridge into Manhattan were inexplicably closed. A week later, an article appeared in The Wall Street Journal suggesting "that the closures could be retribution for [Fort Lee mayor] Sokolich's decision not to endorse Mr. Christie in his re-election bid in November." And in January of this year, that was confirmed when a local paper acquired emails from Christie's office: his top aides had indeed ordered the closings to "punish" Sokolich.

The news went viral. And Christie went from frontrunner to also-ran in the space of about three paragraphs of newsprint.

Only Christie doesn't know it yet.

The first thing Christie did was deny he knew anything about the closures. Next came his friends, who were thrown to the wolves: Bill Baroni and David Wildstein, the Port Authority administrators who closed the lanes for Christie's office, resigned in December. Christie's deputy chief of staff, Bridget Kelly, who ordered the closures, was fired in January.

And then came the "whitewash," as The New York Times described the recent result of an investigation by lawyers hired by Christie at taxpayer expense. "To no one's surprise," went the Times editorial, "Mr. Christie's lawyers have found his hands to be clean." Worse still, the investigators blamed the scandal on Kelly's emotional state and recent romantic life – language which Kelly's lawyers called "venomous, gratuitous, and inappropriate sexist remarks."

Christie, meanwhile, is plowing on. He went to CPAC, to woo conservative activists. He met with wealthy Republican donors in Florida. He flew out to Las Vegas to speak to the Republican Jewish Coalition.

Here's a guy who won't back down from a fight!

Now Christie's combative streak only underscores how serious this scandal is and how unfit Christie is to hold any office – let alone the presidency.

For starters, a traffic jam resonates. We've all been stuck in traffic. None of us likes it. And here's a guy who caused a four-day snarl! Emergency vehicles were ensnared. School busses were ensnared. Somebody could have died!

At best, Christie's telling the truth. He didn't know anything. But it's still an indictment of his leadership. His people are petty, retributive thugs! And they operated in a political world where they thought it was okay to be petty, retributive thugs. Where maybe being petty and thuggish was valued, not seen as character flaws. Here's a guy that wants these kind of people working for him! Here's a guy who's a bully!