Are we obsessed with how the world ends? Probably. But why?

by Jay Stevens
View ProfileFacebookTwitterGoogle+RSS Feed
July 22, 2015 at 8:25 AM 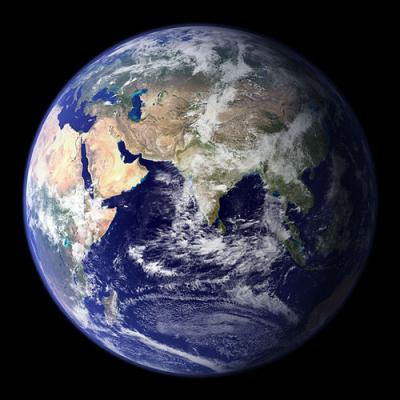 The end of the world. How's it going to come? By ice? By fire?

Have you noticed how many movies, books, and games revolve around post-apocalyptic themes? Fury Road just came out, as did the latest Terminator movie. Fallout 4 is due in November. Station 11 was shortlisted for the latest National Book Award. And Suzanne Collins' Hunger Games trilogy has sold more than 65 million books; the first three Hunger Games films grossed more than $3 billion, worldwide.

Wait! Let's not forget that the zombie genre is a sub-genre of post-apocalyptic themes. I am Legend, World War Z, and the Walking Dead – which is based on a comic. And the games, Dead Island, DayZ, Dead Rising, State of Decay, Left 4 Dead, Resident Evil, and the kids' game, Plants vs. Zombies.

And the book, Pride and Prejudice and Zombies, of course.

What gives? Why are people obsessed with the apocalypse and what comes after?

It wouldn't be the first time we were obsessed with a kind of story. In the 1950s, alien invasion was all the rage. The Day the Earth Stood Still. Invasion of the Body Snatchers. War of the Worlds. And a few memorable Twilight Zone episodes. Those movies and stories are generally said to be spawned by our fear of Soviet Russia and the threat of Communism. The Invasion of the Body Snatchers, for example, featured aliens that would replace people with emotionless doppelgangers while they slept – the infamous "pod people" – an obvious allegory for the altering effects of a creeping, invasive ideology.

So what are we afraid of?

Maybe it's that we're constantly inundated with huge Earth-shattering scenarios. Climate change, for one. We've been living under dire warnings that our emission of greenhouse gases will eventually destroy us – or, at least, fundamentally change the way we live and alter the Earth we live on. "Climate change is accelerating species loss," reports Sarah Zielinski in Smithsonian Magazine, "and by the end of the century, as many as one in six species could be at risk of extinction." Australian microbiologist David Fenner went further and said humans will be extinct in 100 years, because the Earth will be uninhabitable.

And there are movies for that. The Day After Tomorrow is about global cooling. Water World depicted a planet after the polar ice caps melted.

And what about natural disaster? The Earth has been slammed by a series of disasters recently. Hurricane Katrina, the 2004 tsunami in Southeast Asia, the 2010 Haitian earthquake, the 2011 earthquake and tsunami in Japan, the 2011 tornado that destroyed Joplin, Missouri. The New Yorker's Kathryn Sculz recently warned of an impending disaster in the Pacific Northwest in her piece "The Really Big One," where the Cascadia subduction zone – a fault line off the west coast – is overdue and heading for a massive quake. The resulting shock and tidal wave, if the quake hits 9 on the Richter scale, is estimated by officials to kill as many as 13,000.

San Andreas is about an earthquake. The Impossible about the 2004 tsunami.

Disease is popular in our imagination. Sure, we freaked out about the recent Ebola scare – and it's still active in Africa – but what about SARS, a virus that killed more than 700 in Asia? And the bird flu's always one season away from wiping out a sizable chunk of the population. The 1918 flu, after all, killed as many as 40 million, worldwide. And with the amount of antibiotics we slather on ourselves and our cattle, it seems only a matter of time before pathogens mutate to resist our medicines, sending us back to the days when death by disease was common.

The television series, The Last Man on Earth. The novels, Enclave, Station 11. The comic, Y: The Last Man. The game, Deus Ex. You could argue zombie movies and film fall under this category, too. So add all of those here.

What about old-fashioned nuclear annihilation? That used to be all the rage during the Cold War, but it's settled down now. Or has it? Vox's Max Fisher in "How World War III became possible," wrote that we may be closer to nuclear war than we ever have been before, with a tangle of treaties and allegiances and a desperate Putin-led Russia playing games of high-stake chicken with the U.S. in Ukraine and the Baltic republics.

And even if nuclear annihilation isn't as much a concern as, say, climate change, it's still popular in fiction. The new Fallout game. The Hunger Games. The cartoon, Adventure Time.

And I didn't even mention meteorites (Armageddon), alien invasion (Aliens), or robots (the Terminator movies).

But, again, why focus on the negative? Why obsess over the end of the Earth? (That's the premise of Tomorrowland, ironically.) After all – and I paraphrase stand-up comic Steven Wright here – in our plan for the human species to last forever, so far, so good.

For one, it's a neat literary device to strip away all human establishments: authority, tradition, social groups. And what's left is what you think human beings really are. In the Mad Max movies, humans are chaotic, violent, thrill-seeking renegades. In the Walking Dead, we're reluctant allies, too often at each others' throats. Civilization mitigated conflict. Without it, we fight. Writing a post-apocalyptic book lets you say something about the state of humanity.

Or maybe it's an intellectual practice. Maybe we do feel on the cusp of some monumental and cataclysmic change. Maybe these stories let us figure out how we'll do on a post-apocalyptic landscape. Hoard shotgun shells, people!

But one thing that most post-apocalyptic stories share in common is an idea I reject: once civilization is down, people will go at each other. We will fight. What order there is will be maintained by violence. And yet...is that how it will really go down? It seems most disasters are marked by how much people set aside their differences and work together for rescue and rebuilding.

Is it really so odd to think that disaster isn't sure to bring about fear and hate? Am I just an optimist?

Maybe I am. I guess we'll know for sure after our new robot overlords take control, the asteroid strikes the planet, and the Russians launch their ICBMs.