What we see is what we get - and that's exactly what we may need.

by Jay Stevens
View ProfileFacebookTwitterGoogle+RSS Feed
April 15, 2015 at 7:15 AM 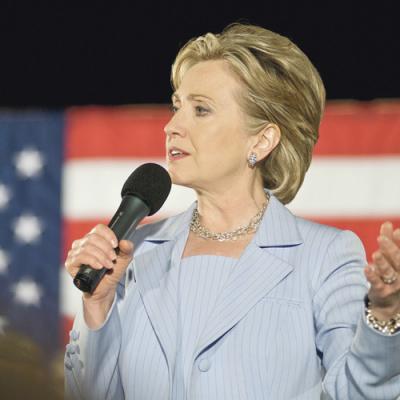 I am not excited about Hillary Clinton.

Clinton this past weekend announced her candidacy for president – a race she's likely to win. She'll have the most money. The New York Times estimated her campaign will raise $2.5 billion. She's the most well-known candidate. Her stint as First Lady during the Bill Clinton administration gave her national prominence.

And she's the most qualified candidate. She's lived in the White House, served in the U.S. Senate, and she had a Cabinet position. And that's ignoring her law and political career – she served as a law professor, advised a House committee on the Nixon impeachment proceedings, and joined a law firm and specialized in intellectual property law. No other candidate can boast of such varied, extensive, and appropriate experience for the presidency.

She's also done this before. She knows what it takes. She lost the 2008 nomination by a whisker to our generation's best political campaigner and most charismatic speaker – the president, Barack Obama – who ran a brilliant campaign that exploited both the primary system and emerging social media tools.

That won't happen again. Clinton's biggest rival this time around is Martin O'Malley, a conservative Democrat and former governor of Maryland posing as a populist liberal. He's not transforming how the American electorate interacts with political candidates. His speeches do not make people weep.

His only advantage is that he's not Hillary Clinton.

As for the general election, Clinton outpolls all of the potential Republican candidates, and by double digits, according to a January ABC News/Washington Post poll. April 2015 polls show Clinton beating Republicans in the swing states of Colorado, North Carolina, Iowa, and Virginia. Florida Governor Jeb Bush is the only Republican to poll higher than Clinton in his home state.

Oh, and the Electoral College map makes a Democratic win in 2016 almost inevitable. If you count up the "safe" red and blue states, the Democratic candidate comes out with a marked advantage. In order for a Republican presidential candidate to win the presidency, he'll likely need to win all the swing states – including states like Pennsylvania, Oregon, and Wisconsin.

In short, all Clinton needs to do to win this election is not face plant, not commit a gaffe so big and astounding that it drowns everything else out that we know about her.

Because, let's face it, Clinton is also scandal-proof.

The scandals didn't stop when the Clintons left the White House. This biggest, of course, was Benghazi, where Congressional Republican spent months and millions trying to blame Secretary of State Clinton for the killing of a U.S. ambassador in an attack by Islamic militants on the diplomatic compound in Libya. It didn't fly.

She's invulnerable. Weathered them all, and is still the front-runner in the 2016 election.

But there are the real issues that plague Clinton.

Like how she's being backed by Wall Street. Like how she has accomplished relatively little to show for her years in politics and public service. Like how she backed the invasion of Iraq during her tenure as Senator. Like how the Clinton Foundation is funded.

The latest bit: Clinton, as Secretary of State, used her personal email account to conduct government business. That's a no-no, ethically speaking – even if we don't know if she violated any law, even if many public figures are similarly secretive with their correspondence. It allows her more control of her public email records – and shows a surprising lack of interest in transparency.

But the "scandal" has come and gone, and should pose no hindrance to Clinton's campaign. We know Clinton – or think we know her – and there's hardly any illusion left that Clinton isn't a consummate politician, doesn't have some kind of ethical taint on her record.

That's why I'm not excited about her campaign. With Hillary Clinton, what you see is what you get. There'll be no surprises from her, no possibility of greatness, no hope of transformative change.

And who else isn't looking forward to the hysteria from the unhinged right when she's elected? Bill Clinton was the Commander-in-Chief during the siege of the Branch Davidians at Waco, Texas – the bloody confrontation that spurred Timothy McVeigh and Terry Nichols to bomb a federal building in Oklahoma City. No doubt Clinton's election in 2016 will send militia members, white supremacists, sovereign citizens, and other kooks into a frenzy.

And who else isn't looking forward to all the misogyism that will emerge in a Clinton presidency? The racism that dogged President Obama during his two terms was appalling. And Clinton already has a long history of drawing sexist remarks. CNN's Jack Cafferty called her a "scolding mother." Former Air America host Randi Rhodes called her a "whore." Senator John McCain called her "emotional." Magician Penn Jillette called her a "bitch" on MSNBC. Chris Matthews on Hardball said, "Hillary Clinton bugs a lot of guys," and compared male supporters of Clinton to "castratos in the eunuch chorus."  Conservative talk-show host Rush Limbaugh wondered, during a Clinton presidency, if the country would "want to watch a woman get older before their eyes on a daily basis?"

It will be ugly.