The complication of freedom of expression, understanding Charlie Hebdo, and addressing the real threat to free speech.

by Jay Stevens
View ProfileFacebookTwitterGoogle+RSS Feed
January 21, 2015 at 5:30 AM 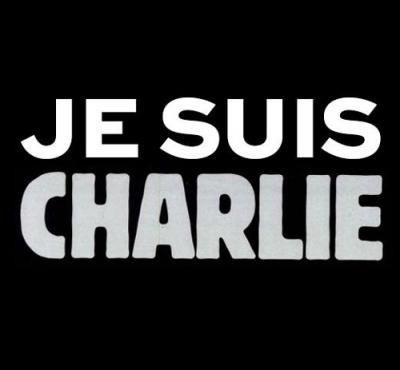 You pronounce it "SHAR-lee EB-doh." The irreverent, bawdy Parisian satirical newspaper whose staff was gunned down by French-born Islamist terrorists for printing satirical cartoons of the Prophet Muhammad.

The attack hit a nerve, in a way a number of other terror attacks recently didn't. Suicide bombings in Iraq, in Turkey. A sympathizer with ISIS holding hostages in a Sidney café. A bomb placed outside of the Colorado Springs NAACP office.

If you're a cynic, you say we paid attention to the Charlie Hebdo killings because it was a Muslim attack on European whites – not, say, like Boko Haram's massacre of 2,000 black Muslims in Baga, Nigeria. And maybe there's some truth to that.

But I like to think it's because we're idealistic.

I like to think we felt, because the attack on Charlie Hebdo was an attack on a civic ideal we hold sacred.

But Charlie Hebdo is an odd newspaper to rally around. It's provocative and often obscene. And when you look at the hook-nosed Jews, black politicians depicted as monkeys, and, yes, the Prophet Mohammed, it's hard to elevate feelings toward the paper.

Especially when American conservatives – with a taste for brazen racist grandstanding – demand we reprint Charlie Hebdo covers on our own newspapers and magazines. Forgetting – or not caring – that Charlie Hebdo's covers insult and humiliate the Muslims who didn't shoot journalists, who don't resort to violence.

Liberals stuttered when pressed about Charlie Hebdo. Satire should be aimed upwards – targeting government, power, the rich, established institutions – not downwards. It ain't cool to aim barbs at the poor, minorities, outsiders, the powerless. And Pope Francis called Charlie Hebdo and others who make fun of others' faiths, "provocateurs," and suggested there should be limits on free speech. And the Pope does have a point – we do tend to fetishize derisive wit – but the Pope's church has centuries of blood on its hands, and liberals unanimously agree all speech should be protected, even that which we don't like.

So this is when the French philosopher, poet, historian, and biting satirist Voltaire is trotted out: "I disapprove of what you say, but I will defend to the death your right to say it."

Only that quote really never came from Voltaire. His biographer, Evelyn Beatrice Hall, under the pen name "Stephen G. Tallentyne," wrote it in her 1906 work, "Friends of Voltaire," to describe Voltaire's views on free speech.

We do know it was Walt Kelly who said, "I may not understand what you say, but I'll defend to your death my right to deny it."

Charlie Hebdo, too, is more complicated than what it appears. It's raw satire. South Park crossed with Mad magazine and put on a regimen of steroids. That cartoon of a black politician as monkey? That was in response to a quote from a far-right French nationalist about the politician, who called her a monkey, not a jab against the woman's race.

And Islamic terrorism is more complicated, too. It springs from an area that has been occupied and re-occupied by Western powers, that's torn by poverty, ruled by authoritarian regimes, and cursed with large reserves of oil. Islamic terrorists come from Syria, Palestine, Saudia Arabia, Egypt. The Charlie Hebdo killers sprung from France's Muslim community – a community separated from France by tradition, race, language, and often the target of the country's conservatives.

Terror, too, is a military-political response to an enemy that has a disproportionate amount of power. Like the Sons of Liberty, who terrorized Tories in colonial Massachusetts.

In the United States, non-Muslim extremists have been responsible for the bulk of terror acts since 9/11. The 2012 Sikh temple massacre, the 2009 murder of Dr. George Tiller, the 2008 shooting at a Universalist Church, the 2009 slaying of two Pittsburgh police officers, the 2014 Bundy Ranch standoff – and the later shooting of two Las Vegas cops by Bundy gang members, who draped the Gadsen flag over the body of a slain cop, the same flag that symbolizes the Tea Party movement. All of these were committed by white supremacists, conservative Christians, and militia members.

And who can forget the Oklahoma City bombing?

But there is something about Islam that inspires violence, and specifically against speech. It was, after all, an Islamic fatwa that put Salman Rushdie in danger for writing the Satanic Verses. And it was Muslims who rioted after editorial cartoons depicting the Prophet Mohammed in a Danish newspaper. And Charlie Hebdo itself was the target of a 2011 firebombing for its "Charia Hebdo" issue, which was "guest edited" by Mohammed.

After all, no call for the heads of Trey Parker or Matt Stone have been issued by the Mormon Church for The Book of Mormon – but then Mormons have two U.S. Senators, came within 5 million votes of the presidency, and have some $50 billion in assets, which is more than the GDP of Lebanon, Jordan, and Somalia.

Speculate away why Islam draws violent radicals. Perhaps because the faith offers disillusioned young people an anti-capitalist, anti-consumerist, anti-Western ideology packaged in a simplistic black-and-white explanation of the world, supposedly backed by God. Otherwise, they're invisible and unwanted. It's a call that draws even some Americans.

But the real danger of the Charlie Hebdo shootings is that they might obscure the real threat to free speech: Power.

Here in the United States, for example, the only person jailed for our government's illegal torture program is John Kiriakou, the man who leaked information about our torturers to the press. And our source about the NSA's spying program, Edward Snowden, is on the run. And ESPN's suspension of Bill Simmons for criticizing the NFL over how it handled Ray Rice, and of Keith Law for criticizing a co-host's Twitter-fed anti-evolution rant, should remind us that corporations, too, censor and obscure ideas and creativity.

These things must be opposed.