Strickland: You can do this, we can help you

Wiley vows to "make this happen."

by Cory Vaillancourt
View ProfileFacebookTwitterGoogle+RSS Feed
May 2, 2014 at 4:00 PM 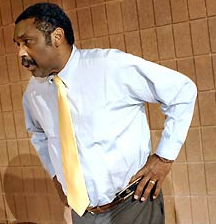 Community Activist and CEO of the Manchester Bidwell Corporation Bill Strickland was in town earlier today, meeting with a group of community leaders before presenting his life's work to a packed auditorium at UPMC Hamot.

Strickland, a native of the neighborhood of , was inspired to create the Manchester Craftsmen's Guild after a chance meeting during his youth with a high-school art teacher. In the late 60s, he began what was then just an after-school program while still in college. Upon graduation - coincidentally, right about the time 's steel industry hit the skids - the faltering asked him to helm the building and trades training organization, based largely upon his success with the Guild.

It was at this time that Strickland's vision evolved into what his website calls "a template for social change," and Strickland's results speak for themselves. Over the past 40+ years, he's taken at-risk youth and turned them into PhDs, turned welfare mothers into phlebotomists, and helped high school graduates who can't read their own diplomas become functional members of society. Most importantly, he's replicated his model in 8 other cities across the nation, with similar results.

And he wants to do the same thing in .

"What I'm proposing is we build centers, everywhere, right now," he said, of his desire to combat poverty wherever it lurks. "I'm tired of coming into , picking up the newspaper, and seeing one black kid blowing away another black kid over tennis shoes or something."

Strickland went on to indicate that a group of local leaders assembled by State Senator Sean Wiley - the event's host - were in the initial stages of raising funds to commission a feasibility study - or as he calls it, a strategic plan - to determine Erie's suitability.

"It's to determine if the idea makes sense for Erie; we want to make sure we're not duplicating something that's already here, that you have employers that are engaged and interested in hiring the students, and that the school system is supportive, cooperative, and needs the assistance. So we'll go talk to a lot of people in the community to make sure the idea is a good fit for ," Strickland said.

Although the strategic plan will take "as long as it takes," in Strickland's words, he said they usually culminate in 6 to 8 months. Only one city has ever been removed from consideration after the completion of the plan; Strickland revealed what, exactly, a city needs to attract interest from Manchester Bidwell.

So how does Strickland see 's chances?

"I think they're very good. You've got a great core group of leaders. I feel very good."

Erie Nurses: The Scope of Compassion

by Jonathan Burdick4/24/2019, 9:30 AM
Despite challenges, nurses forge unbreakable bonds with patients