Investigation finds that the data in a famous 1998 study linking autism to vaccinations was falsified.

by Jay Stevens
View ProfileFacebookTwitterGoogle+RSS Feed
March 6, 2012 at 8:17 AM 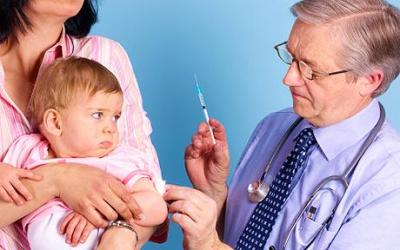 A now-retracted British study that linked autism to childhood vaccines was an "elaborate fraud" that has done long-lasting damage to public health, a leading medical publication reported Wednesday.

An investigation published by the British medical journal BMJ concludes the study's author, Dr. Andrew Wakefield, misrepresented or altered the medical histories of all 12 of the patients whose cases formed the basis of the 1998 study -- and that there was "no doubt" Wakefield was responsible.

As the report noted, the paper "panicked" many parents into not immunizing their children, notably avoiding the dreaded "MMR" -- the shots against measles, mumps, and rubella usually given to children when they are one year of age.

As a result, according to the CDC, measles is making a comeback in the United States, largely because of Wakefield's fraudulent study.

The BMJ journal from the CNN story:

"But perhaps as important as the scare's effect on infectious disease is the energy, emotion and money that have been diverted away from efforts to understand the real causes of autism and how to help children and families who live with it..."

Indeed. Ascribing autism to vaccinations is a too-easy explanation, pinning the problem to something parents are already uncomfortable with. If I were to make a grossly irresponsible guess, I'd speculate that the rising rates were due to something environmental, like the proliferation of plastics, use of hormones in meat, pesticides, or some other everyday, yet toxic, manmade substance...

Whatever the actual cause, there is absolutely no evidence linking autism to vaccinations. So next time you hear an anxious parent consider bypassing immunization, pass on the news. Please.