Such Gold to be Found at BT

Such Gold are returning to Basement Transmissions on October 12. 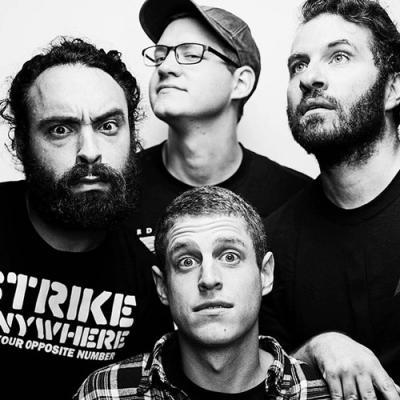 Such Gold have been a staple in the underground alternative-punk community since emerging out of Rochester, N.Y. in 2009 with the release of the Stand Tall EP. The relatively local boys who made good have found time in their busy touring schedule to come to Erie and Edinboro numerous times since finding success, and are returning to Basement Transmissions on October 12, along with Taking Meds, The Grievance Club, Mallory Run, and Rotations.

Such Gold's latest release, Deep in a Hole, shows the band mellowing out their sound from the hardcore-influenced pop-punk that they became known for in their earlier work, perhaps caused by vocalist Ben Kotin taking the reins on guitar after one guitarist left the band, simplifying their new tunes to accommodate for Kotin pulling double duty. This is no criticism however, the songs on Deep in a Hole still get caught in your head just as easily and at times are just as hard-hitting as previous releases, just not quite as angst-ridden as their Stand Tall and Pedestals days.

Taking Meds, which borrows Kotin and bassist Jon Markson from Such Gold, play a far different style than their better-known project. The songs alternate between complicated math rock riffage and simple, relaxed chord progressions topped with droning vocals. That unpredictability makes their album My Life as a Bro an enjoyable listen, keeping you on your toes for which direction the next song will take.

Opening acts for the night The Grievance Club (Kent, Ohio), Erie's own Mallory Run, and Rotations (Pittsburgh) each bring their own unique and interesting takes on emo/pop punk hybrid sound to the stage. Come show support for each band and bring a friend, and help the local scene to grow and flourish. — Tommy Shannon