Imagine this album as mistranslated world music, as told by the MC5. 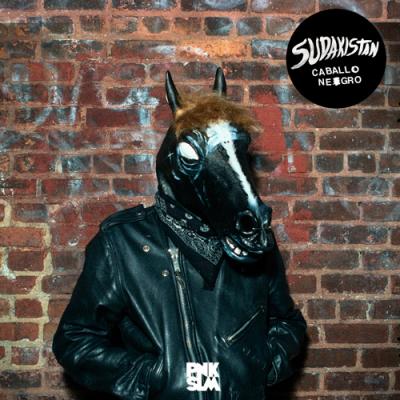 As South Americans living in Sweden, Sudakistan drafts up a borderless nation of hypnotic rhythms. Imagine this album as mistranslated world music, as told by the MC5. A slow, intense burn fires up during the first section of Caballo Negro. The frenzied tracks of "Mundo Mamon" and "Dale Gas" raise the energy levels to a fever pitch. A raucous, unique sound slowly begins to take shape. The band employs a full-time bongo player, in addition to an already hard-hit drum kit. Swirling phasers underpin the psychedelic guitar riffs. Spanish and English are used interchangeably from song to song. The sing-alongs are slurred enough amidst the drunken atmosphere that you might not even notice right away. The echoey pulses of modern garage bands like Thee Oh Sees and Ty Segall shine through (and it's more entertaining than a T. Rex cover album). Bouncing, dance-demanding beats blend with punk rock to create something wholly original. As the debut album from a relatively unheard of band, Caballo Negro truly could be quite the dark horse. – Nick Warren