Summer In The City 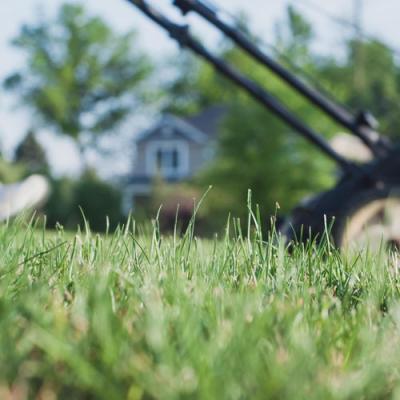 In the shadow of Erie's industrial east side, a community is in peril. The public housing projects surrounding GE Transportation and the rental wasteland to its south are among the city's most desperate communities.

People who live in these neighborhoods pass the gates and fences of some of the region's most successful businesses with little understanding of what goes on inside, little knowledge of what products are being manufactured, and little hope for the promise held in each job that lay just past the pavement.

The GE entrance along Franklin Avenue, including the guard station which punctuates the miles of chain link fence that surround the property, serves as a nagging reminder that the opportunity inside that east side oasis remains, for the most part, inaccessible.

But this isn't about GE Transportation or the vast opportunities it once held and continues to hold for this community. It's a metaphor for the paradox of success that continues to challenge this region.

An industrial employment vacuum began to impact the entire Great Lakes region in the late 1960s. Between 1977 and 1987 Erie lost more that 9,000 jobs in the auto and steel industries alone. The residual effect of that loss can be seen along the city's main arteries and throughout once thriving neighborhood enclaves.

Erie's population has remained relatively stable since the 1980s, leaving the city with a dearth of employment opportunities for Erieites who chose to stay despite the impending struggle.

City leaders were sure that manufacturing would return. But that nostalgia was toxic and it prevented the city from moving forward.

Herb Fiss, who promised 400 jobs in a prospective juice factory, swindled both the city and the county governments before walking off with hundreds of thousands of dollars without leaving so much as an apple in his wake in 2006.

A new Dollar General on the city's east side prompted a celebratory tone in local media last year for the six part-time jobs its opening promised to bring. Cities across the United States search for sustainable, living wage paying jobs as people clamor for any opportunity.

Erie is no exception.

What results, however, is more akin to underground tradecraft than legitimate business. This begins to explain the number of makeshift junk stores masquerading as downtown retail. It explains the parade of Fred Sanford-esque pickups that lead the late night garbage truck routes. And for some, it explains the rise in violent, often drug-related, crime in the city.

So it makes sense that community leaders are looking to city and county officials to develop employment opportunities, which would, in theory, stave off crime in the city this summer and steer at-risk youth toward a better path.

"There's no better time than the present to show unity and solidarity," says Gary Horton, director of the Urban Erie Community Development Corp.

Horton co-led a march of 125 community members with Bishop Dwane Brock, leader of the Victory Christian Center, from the Martin Luther King Center on Erie's lower west side to the front steps of the Erie Community Foundation on West Sixth Street. The march took place on April 21.

The march, and Brock's letter, came two weeks after the Erie Community Foundation hosted a meeting of community leaders to discuss a summer jobs program. The meeting was planned around Brock's schedule, but "Bishop Brock chose to pursue a different strategy," Batchelor says.

Horton wasn't invited to that first meeting on April 8, but he was invited to a subsequent meeting to discuss a summer jobs plan.

The Erie County program, Erie Summer Jobs and More, or J.A.M., includes a summer jobs and job training program for one hundred 16 to 21 year olds from both the city and the county that will begin with a $100,000 contribution from county government and additional support from county gaming revenues.

The Erie Community Foundation will commit $50,000 to develop a web portal for job seekers and fund a marketing campaign to raise awareness of the program.

"What we're hoping is that we can change the culture in Erie so that the nonprofit sector, along with business and education providers, rally around our community with a sense of inclusiveness, particularly during the summertime, and we want to sell hope and opportunity as opposed to despair and hopelessness," Batchelor says.

Dividing J.A.M. resources between the city and the county is a point of contention for advocates of a youth jobs program in the city. But without financial support from the city, the expansion of J.A.M. to include more city youth is unlikely.

"The city's role is different," says Erie Mayor Joe Sinnott. "Our core competencies are public safety and public services. Job training is not one of our core competencies or one that we would normally fund. Those programs are funded with state and federal dollars and those dollars are available."

Federal dollars, however, are in high demand and short supply.

Horton, his brother, Erie County Councilman Andre Horton, and Brock believe that there is a correlation between violence in the city and the lack of employment opportunities here. In their view, a jobs program creates an alternative to criminal activity and the more widespread the program, the more sweeping the results.

This is a classic description of the economic theory of crime. The theory emerged during the 1960s when policy makers and academics searched for an explanation of rising crime on the heels of America's greatest economic boom. Basically, it says that if the consequences of committing a crime are less than not committing the criminal act, then crime rates will increase. In other words, if you have no job, no money, and few options for supporting yourself or your family, the prospect of going to prison doesn't carry much weight. You have nothing to lose.

In the 1970s, law and order Republicans argued that the correlation between crime and the economy was spurious, at best. Instead, state and federal resources were marshaled for increased police presence and higher arrest rates in at-risk communities. Politicians believed that these initiatives were better deterrents of crime than trying to solve the problems that the New Left identified as the root causes of the problem.

To their credit, increased incarceration rates in the 1970s also paralleled an increase in prisoner education and psychological treatment that went by the wayside in the decades that followed. The result of diminished rehabilitation efforts was the mass incarceration of millions of people, mostly poor people of color with little prospect for success on the outside if and when they were released. Recidivism rates skyrocketed and incarceration rates were measured more like commodities than uncapped debts to society.

This debate continues to frame Erie's ongoing struggle with crime and unemployment. But Horton is concerned that the long-term benefits of a jobs program – creating young citizens with a sense of independence and responsibility to their community – are not lost in the ideological divisions that separate city leadership and community advocates.

"I think the whole community misses the point because the community characterizes our efforts without really understanding what they are," Horton says. "As a non-violence initiative, we talk about violence because violence is a factor in the community. Our original proposal for summer jobs for youths was for the ages 14 to 18. The bad guys are older than that and they're out here for real. The police know that. Most resources go toward fighting them and catching them. And the city is determined to keep trying that plan."

Erie may or may not be interested in a debate about root causes and the best way to address them. But when the Erie J.A.M. program launched in the beginning of June, 144 of the 157 applicants were from the city, demonstrating both an interest and a need for such a program.

Failure to communicate exacerbates the problems that plague the Erie community and the region. Maybe we think too much about the past instead of working toward a safer, more prosperous tomorrow. Or maybe we have yet to ask the right questions.

by Matt Swanseger4 hours ago
Rev. Jeffery Brown on giving a voice to 'the least, the lost, and the left out'