by Nick Warren
View ProfileTwitterInstagramRSS Feed
December 9, 2015 at 11:15 AM 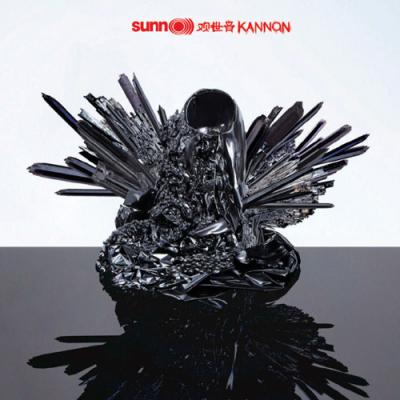 Soak up the drone metal swells of Sunn O)))'s latest. It's been six years since Stephen O'Malley and Greg Anderson have released a proper album. Kannon fires out three eponymous tracks, clocking in at a relatively brief 33 minutes. The band's signature wall of high-gain sound comes cranked out of the amplifiers of the same name. Sunn O))) ruminates on feedback, along with full, fuzzy tones. Vocal parts range from guttural croaks to monastic mantras. But unlike some of the more distracting sections of Monoliths and Dimensions, everything blends seamlessly into the overall tone. There's an entire spectrum of heaviness to take in here. This album could undoubtedly serve as the doorway to many people's first foray into the slow-motion world of ambient noise. Light a candle and see how this could be a meditative experience, literally. The title of the album comes from the bodhisattva known as the Goddess of Mercy and Compassion, Kannon (a.k.a. Guanyin). Interestingly, this stoner doom has even been adopted by Pittsburgh's Black Yo)))ga collective. – Nick Warren