Tales Behind the Creative, Episode 8 Will Soffa

Symoné Crockett talks with rapper and poet, Will Soffa, aka Third Eye Focus 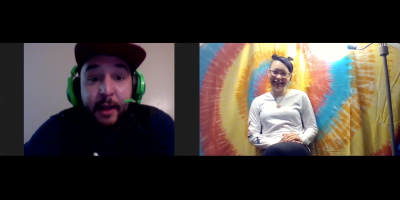 On the eighth installment of Tales Behind the Creative, we welcome rapper and poet, Will Soffa. Also known as Third Eye Focus, Soffa has been interested in poetry from a very young age and was then able to put his words to beats and start his rap career around the age of fourteen.

When Will was seven years old he placed second in the nation for a poem contest to get his composition placed in the kid's version of Chicken Soup for the Soul. Although at the time, he was disheartened by his placement he continued to keep his poetry notebook handy and evolve his talents. Once he got to high school, he met friends that ultimately changed the direction of his creative drive, thus came the creation of his brand, Third Eye Focus. The milestone of his music career is that of placing third place three times in a row at the Rock Erie Awards.

With a fanbase of hopeless romantic men and women of any sort, he produces poems and raps that center on his feelings. His most recent work is that of a collaboration with Matt Boland (Matty B) with their project Broke'N'Focus which has one released song with plans of a second dropping this month. Although Soffa is saddened by not being able to work on this project face-to-face he is still appreciative for all the support he has gained from both his solo and collab projects both before and during the COVID-19 pandemic.

During this quarantine period, Soffa spends his time working on the evolution of his music as he has plans of creating a music video once this is all over. He also has had the opportunity to communicate with his family more by making more phone calls back home to his mother and embracing quality time with his brother whom he is staying within Pittsburgh. He hopes that people don't let the fear control them but rather let hope and understanding control your thoughts during these negative times instead of lashing out on one another.

Soffa plans on uplifting the people through revealing the truth through his words to the dedicated fans/followers that have and continue to give him undeniable support. He also spreads words of gratitude from the bottom of his heart as he has always had moments of doubt when it comes to his creativity. He embraces the encouragement and sincere responses that continue to fuel his artistic drive.

If you're intrigued in learning more about Will, you can find him on Facebook as well as his older freestyle videos on Youtube. You can also listen to his new project, Broke'N'Focus on Youtube and find updates for new song releases via their Facebook page.