Kevin Parker returns with a masterful album after five years 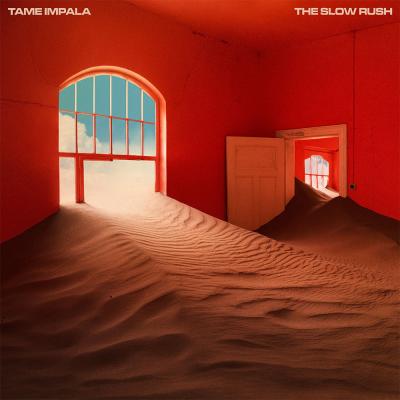 Five years after his cosmically charming magnum opus Currents, Kevin Parker returns with a masterful album that nearly plays like a greatest hits collection. While The Slow Rush doesn't exactly try anything new, it does take unique elements from each of Parker's projects, such as the danceable synth-pop of its predecessor and the psychedelic guitarwork of 2012's Lonerism. The Slow Rush is an ironic title considering the album's storied rollout. A noted perfectionist, Parker has labored over the project for years, with one advance single in particular ("Borderline") getting the unofficial remix treatment on the album; what once was relatively straightforward is now coated with a buzzing bassline and flutes worthy of a movie montage. Many fans are sure to gravitate towards these club-friendly moments, but The Slow Rush also compiles some of Parker's most subdued and optimistic songwriting to date. Despite a questionable sequencing decision, the self-affirming "On Track" is the closest thing to a ballad Parker has ever written. The Slow Rush demonstrates the abilities of an artist that is finally becoming comfortable with himself while operating at his peak.