by Brennan Donnelly
View ProfileFacebookTwitterInstagramYouTubeGoogle+LinkedInRSS Feed
January 11, 2013 at 9:08 AM 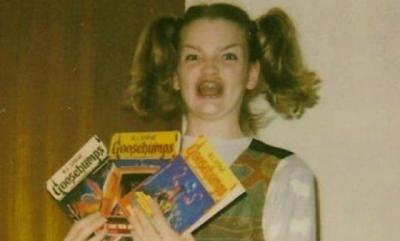 Editors' note: Many of these memes are user-submitted and content added and produced after the fact are beyond our control. Once exploring links (and memes) profanity and the like may be encountered, so proceed with caution.

This week's column provides an excellent opportunity to revisit (or discover) the funniest and most popular memes of 2012.  These memes will be presented in no particular order as it was difficult enough to narrow my choices to the ones listed below.

Starting off the list is the act of "Dog Shaming."  Dog shaming is accomplished by taking a photo of your dog with a sign explaining what the dog has done wrong.  While it sounds harmless, this act of public embarrassment resulted in some hilarious punishment towards the oblivious pooches.

Next up is Overly Attached Girlfriend (aka Laina). This meme spawned after a YouTube user (later learned to be named Laina) submitted a video to a Justin Bieber fan contest. While she did not win the contest, her submission quickly went viral and received more than 1.35 million views within 48 hours of the upload.  Internet users quickly turned this into an advice animal.  O.A.G. particularly became a favorite on Imgur and still pops up with an occasional appearance. (Leveraging this meme, tech company Samsung published a commercial starring Laina on November 12, 2012, featuring its 840 SSD)

The third feature in this week's column is Botched Ecce Homo Painting, also known as "Potato Jesus."  This refers to the failed restoration of a hundred-year-old Spanish fresco, completed by an elderly amateur. The result of the ruined restoration spawned a series of images edited in to other famous works of art, movie scenes or was simply paired with a caption. This meme received national attention as it was initially suspected as vandalism towards the fresco work.

Another of this year's best memes became known as "The Overly Manly Man." Again an advice animal, which features a black-and-white photograph of a shirtless, mustachioed late 1800s boxer Mike Conley with captions portraying him as an overtly masculine alpha male. Mustache? You mean this thing I was born with…

Photobombing Stingray – This meme is an authentic photo that simply went viral due to the ridiculous and genuine reaction of three young girls who unknowingly had a large stingray placed on their backs.  The photo was snapped at the perfect time to catch their expressions of sickened horror.  This photo was reposted many times with captions to up the hilarity.

"McKayla is not impressed" is another top meme of 2012, which features a photo of U.S. gymnast McKayla Maroney wearing a scowl during the 2012 Olympic Games awards ceremony in London.  This expression comes after McKayla performed a nearly flawless vault in the first round, which many thought would earn her the gold.  To feature this scowl, a showcase of photoshopped images of Maroney's glare was set against historical or spectacular scenes in the background to give the impression that, well, she's not impressed.

ERMAHGERD! sometimes known as "Berks" or "Gersberms" is actually a lisped pronunciation of "oh my god," which was originally paired with an older photo of a young woman holding several books from the children's horror fiction series "Goosebumps." The phonetically written captions are – sometimes hard to decipher – intended to sound like a speech impediment that would result from wearing a retainer.  The image was then revamped many times with captions usually relating to the books.  Variations were later developed using photos of animals, for example a funny picture of a pug captioned "ERMAHGERD MERLKBEHRNS" intended to be Oh my God, Milk-Bones!

The memes above are the ones believed to be the "must sees" of 2012. If you have already seen them, refresh your memory. If you are seeing any of these for the first time, you're welcome, and enjoy.