An interesting and slightly unusual theme 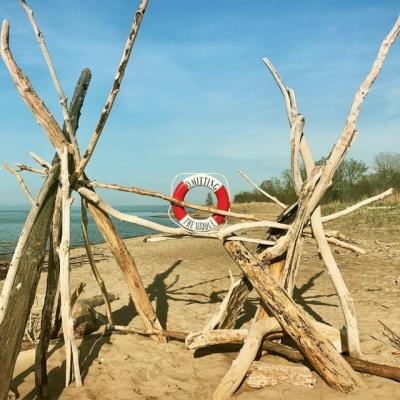 One of the city's best-kept secrets, Teddy Rankin has continued to pen song after song, each a gorgeously crafted work. A relentless and relatively prolific independent recording artist, this marks his third record in as many years (counting 2017's Natural Beauty parts 1 and 2 as one collective work). Omitting the Middle brings 15 tracks of enchanting artistry. At only 20, Rankin has an almost preternatural proclivity for pop songwriting. There are moments that remind one of The Beatles (the "Imagine-esque" falsetto breaks in the opening track "Sure as the Sun") and Pink Floyd (the "Comfortably Numb" cadence of the chorus of "Wanna Be"). Despite being such broadly accessible points of reference, this shows an elemental understanding of songwriting fundamentals. It's even more remarkable when you keep in mind that most recordings are of a relatively unadorned acoustic guitar and light percussion. This album has an interesting, and slightly unusual theme. It's clear that Rankin is very ready to be in love. This is explicitly expressed in "Muse," as a self-aware, bittersweet, smiling wink to the listener. It's sensitive and open, with a sincerity that's able to pull off such a delicate task. — Nick Warren