Terror's Hard Way Back to Erie

For the first time in eight years, Terror is finally returning to Erie. 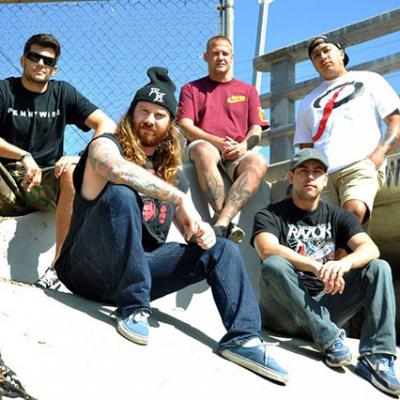 For the first time in eight years, Terror is finally returning to Erie.

Since 2002, Terror has been a mainstay in the hardcore scene, their music acting as a model that many bands continue to mold themselves after. It's not anything groundbreaking, the songwriting isn't risky or experimental, and the guitarists aren't virtuosos (other than an occasional solo). They play simple mosh-hardcore, but they're just really damn good at what they do, with a passion for hardcore that puts them above any other band in the genre. At least in my mind, their albums One with the Underdogs and Keepers of the Faith should go down as hardcore classics.

While Terror is based out of Los Angeles, vocalist Scott Vogel spent his formative years in Buffalo. He holds a special connection to Erie, and references coming to shows in Erie as a teenager in the liner notes of Live by the Code.

Filling out the rest of the bill are God's Hate, also from Los Angeles, Steel Nation from Pittsburgh, Erie's own Human Animal, and Pissing Match from Buffalo. Members from each band, save for God's Hate, have all played in Erie in the past with their former bands, so this show will be somewhat of a hardcore family reunion.

The hardcore scene in Erie isn't quite what it used to be, but true believers remain. It may be a while before another hardcore band of this caliber comes through Erie again, so take this chance to do some stage dives. – Tommy Shannon