Ideas for even the most jaded daters, just in time for Valentine's Day. 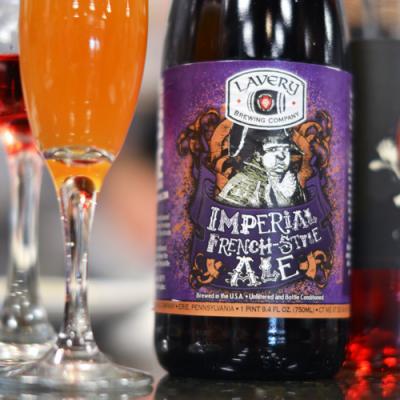 The great thing about being single is that you can do it all by yourself.

"After all I've done for people, I'm done with people."

Fair enough. Chances are, though, there's another quasi-misanthrope out there for you – he or she's just waiting for the right person to restore his or her faith in humanity.

Erie was slotted 20th in Amazon's most recent ranking of "The Twenty Most Romantic Cities in America." The ranking is based on per capita sales of "romantic" or "sexy" products for populations of 100,000 or more.

That person may not be as far away as you think – in fact, Erie was slotted 20th in Amazon's most recent ranking of "The Twenty Most Romantic Cities in America." The ranking is based on per capita sales of "romantic" or "sexy" products for populations of 100,000 or more. Although that represents a slip from 2014's spot (19th), I have no doubt we'll be on the rise again once this definitive guide to dating in the 814 makes the rounds.

If you've gotten a date within the past year, take solace – you're at least more passable than the 2016 Pennsylvania state budget. Longer than that? By now, you might describe your relationship status as "Beach 6 seagull" – you'll take whatever you can get.

While I don't recommend settling for just anyone, you may benefit from "stepping up your game," so to speak. These regionally-themed pickup lines should both accelerate the screening process and resonate with the alluring Erieite you deserve:

Virtually Foolproof Pickup Line: Are you the 12th Street Get Go? Because my breath was stolen from the get-go.

Faintly Realistic Rebuff: In that case, I'd better call the cops.

VFPL: Are you Peach Street traffic between West 38th and I-90? Because I'd wait in line at least 50 minutes for them digits.

FRR: Are you Brewster Street between East 11th and 12th? Because your chances went south in less than one.

VFPL: Are you an all-day Ride-A-Rama at Waldameer? Because I feel like I'm about to faint.

FRR: And I feel like I'm about to puke.

Alternatively, you could simply say hello and introduce yourself or have a mutual friend/acquaintance set you up. Hey, whatever works.

So let's imagine, whether it was reluctantly or eagerly, that he or she consents to be seen with you in public! Now you must negotiate where that place might be, and what you will do there.

Take a Gander at that Tall Drink of Porter

What: Beer and board games

Why: Invite tonight's company inside for a round of Dora the Explorer Chutes and Ladders and you may soon be exploring other options. Pull it off the shelf at the Lavery brewpub while enjoying a pint of award-winning ale or lager, however, and who knows – this may be the one to start a Family Game Night with in the future.

You're Projecting a Bit of a Grapey Vibe

Wine's properties as a social lubricant have been well-documented, so take it easy or your date might be asking you to stick a cork in it.

Why: Wine has been made at South Shore since the Civil War Era. (Rumor has it those of that vintage hid escaped slaves from the Confederate South – talk about a pro-Union workforce!) Wine's properties as a social lubricant have been well-documented, so take it easy or your date might be asking you to stick a cork in it.

Both Erie winters and the dating scene have a tendency to linger in the grayscale; it's refreshing to swap the palette once a while.

What: Replicate a painting with a local artist while sipping your favorite cocktail (BYOB).

When: See cocktailsandcolor.com/events for times and to reserve your seats

Why: You may or may not ever get to draw her like one of your French girls, but you can still paint an enduring portrait of your evening together at the Cocktails and Color Studio. Both Erie winters and the dating scene have a tendency to linger in the grayscale; it's refreshing to swap the palette once a while. 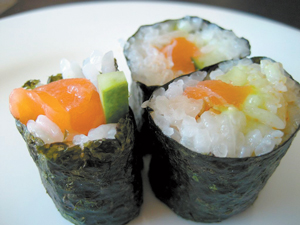 Nori a Thing Compares to You

What: Sushi and other delicacies with a Latin/Asian twist

Why: Although Bertrand's Bistro and Latino's sit ahead of it on tripadvisor.com's "Best Romantic Restaurants in Erie," 1201 Kitchen's trendy menu (updated seasonally) and spacious/contemporary setting are more suitable for an initial rendezvous.

Also Try: Sushi and Asian Cuisine (BYOB), sushi class with Lone Shark Seafood + 1000 Beers (Thursdays, call 866.1573 or 315.0195 to reserve a spot, $38/person includes all supplies and two drinks), eriefinedining.com/information to apply for a Preferred Restaurants of Erie & Chautauqua dinner club membership (i.e., bogo meals at 26 participating eateries, valid for two visits each = 52 potential date nights.  Or "first date nights" – but that would imply you're either incredibly unfortunate or appallingly sleazy).

The Show has Only Just Begun

What: Any of the shows or concerts listed in our "Spotlight on Erie" section.

Avoid a hostage situation; liberate yourselves from awkward silence with any of the myriad entertainment opportunities around town.

Why: Dinner was rich and satisfying, but conversation up until this point has been as substantive as porridge at a gulag prison. Avoid a hostage situation; liberate yourselves from awkward silence with any of the myriad entertainment opportunities around town.

Why: Because you Otter be there (you don't have to, but you otter – it's not compulsott'ry). Or maybe because it's a howl of a good time (and if you don't believe me, go to howl). So go ahead, BayHawk yourself out (with another effective way to rebound from stilted interaction elsewhere). 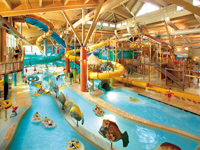 What: Frolicking at Pennsylvania's largest indoor waterpark and resort.

Why: It's "where summer never ends." Maintained at a constant 84 degrees year-round, Splash Lagoon boasts seven water slides, a rope course, a wave pool, the Aqua Tumbler (if you've ever wondered what it's like to sit inside a washing machine but were too afraid to try), and the Tiki Tree House jungle gym. I am somewhat biased against it because I lifeguarded there as a teenager ("why are the stairs wet?"), but for the uninitiated, it can provide hours of unadulterated fun. You will have to wear an appropriate swimsuit, though, so not recommended for those with body image issues (e.g., "I'm too muscular to even hold my arms to my sides, much less an inner tube.") 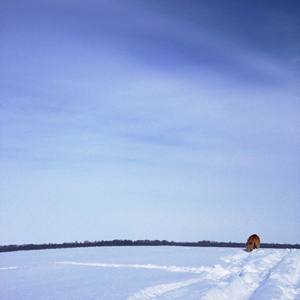 What: Take a stroll on a frozen Presque Isle Bay.

Where: On ice 5 inches thick or more (check for ice that is solid, clear, and blue); less if your date hasn't been going well ("No, I insist … you first.")

When: Sunup to sundown

Walking across a frozen blue expanse knowing there is nothing but green algae and yellow perch underfoot can make for an exhilarating or even surreal (dare I say memorable?) experience.

Why: It's safe; trust me. Seriously, though, walking across a frozen blue expanse knowing there is nothing but green algae and yellow perch underfoot can make for an exhilarating or even surreal (dare I say memorable?) experience. Presque Isle is a tremendous resource; do not hesitate to utilize it to your (whether "your" is singular- or plural-possessive) advantage.

Now, Don't Shoot This Down Right Away ...

What: Trap and skeet shooting at Bay City Gun Club

Blast clay pigeons from the sky and ask yourself why Cupid can't be this skilled a marksman.

Why: Because it's your Second Amendment Right, damn it. Blast clay pigeons from the sky and ask yourself why Cupid can't be this skilled a marksman (sorry, Bay City's trap and skeet machines aren't designed to launch your mangled pottery from that Claytopia date you went on with your snooty Valentine two months ago).

Well, that's all we have space for today. Looking for something else? You're on your own.