A farmer at heart and welder by profession, Jim Avett is bring his musical talents to Erie. 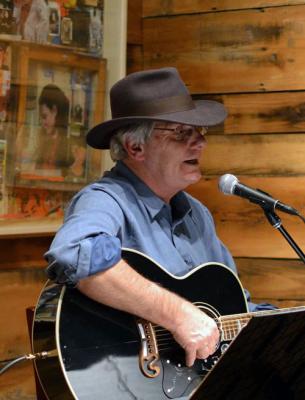 On Friday, Sept. 12, music lovers can experience a melodic treat at the Erie Ale House: "A Special Evening with Jim Avett."

You might already be familiar with Scott and Seth Avett, better known as the Avett Brothers, who spearhead the Concord, Mass.-based folk-rock band. However, who you might not have had the opportunity to know of yet is Jim Avett, their father, who is an equally talented musician himself.

A farmer at heart and welder by profession, Avett treated music as a hobby instead of a living for most of his last 65 years, but since picking up one of his 60-plus guitars back in 2008, this singer-songwriter and guitarist now plays at least 50 shows annually and has released three albums to date.

Avett claims he only learned how to play music as self-defense.

"I grew up in the mountains of North Carolina. During cold winters at best, there was only a movie theater to entertain us, and generally we couldn't afford to go anyhow. I spent a lot of winters at home, reading and learning how to play music."

"You have to be unique. So many songwriters don't realize the effort that needs to go into your work in order to be successful. A little of it has to do with love, but most success comes from hard work."

He will also be sharing the stage with some other fine musicians, singer/songwriter Lisa Stahlbaum, acoustic rockers The Vigils, and later in the evening folk artist Tyler Smilo. Cover is $5 at the door. – Rebecca Styn