Some hand-picked favorites to look back on or look into

by Nick Warren
View ProfileTwitterInstagramRSS Feed
January 1, 2020 at 10:45 AM 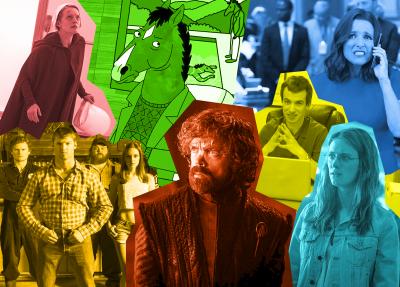 This was a weird decade for television. In terms of so-called "prestige tv," streaming is now king. Network programming has all but gone the way of terrestrial radio, made up of reality TV and broad, toothless comedies. Aside from some very rare standouts these days, most of the fare on the big four is largely uninspired and irredeemable.

Though HBO has long been at the forefront of the medium (and still is, for the most part), the beginning of the 2010s saw cable taking the reins. Shows like Mad Men and Breaking Bad (both on AMC) led the pack, taking the mantle of predecessors like The Sopranos. The "new golden age of television" is here, and it's still thriving.

Starting with Lilyhammer in 2012 and House of Cards and Orange is the New Black the following year, Netflix began its push of original content. What was once a DVD delivery service gradually became a destination for original content. Later, a network and cable aggregator (Hulu) and a book website-turned-megacorporation (Amazon Prime) would join the ranks. As the decade ended, another megacorporation would come into the fold (Disney Plus) as Netflix garnered Oscar wins.

The new and still-evolving business model has since made room for more niche audiences. Not having to seek the crossover appeal of huge segments of the population, certain shows have been able to give voices to new and exciting creators. Television is a far cry from the monolithic culture it was a generation ago. As audiences splinter off, there's a virtual arms race for high-quality content. Our eyes are being fought for like never before, and in order to fight past the "paralysis of choice," we reel from the near-endless options in front of us, seeking the best options we can. Here are a few of them (a premiere date of 2010 or later was the cutoff). There's a lot. [mild spoilers ahead]

Nick Warren paradoxically watches both too much tv and not enough. He can be reached at nick@eriereader.com