The Cradle // Bag of Holding 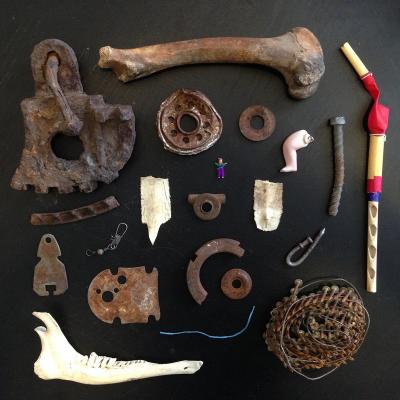 Thoughtful and rooted in a different era, Bag of Holding is one of the best folk albums of the year, ideal for fans of anything from Elliott Smith, Sufjan Stevens, Ryley Walker, to Mark Kozelek. From the brain of New York songwriter Paco Cathcart, The Cradle is a band worth looking into. If nothing else, Erieites will get that mild kick that comes with being name-checked, as the album's sixth track, "The Opposite Way Pt. 3" mentions the city and the lake a few times. One of the standout tracks (regardless of local interest), it's a road-weary, diary-like meditation. The album begins with the soft reeds of "Sweet Dreams," with a dichotomy between the lulling sounds and the opening line of "40 dead in Istanbul." It's the special lyrical touches filled with specificity and some artful format-bending that help this album rise to the next level, ready to be happily picked apart by listeners with a penchant for literary analysis. The depressingly upbeat liveliness of "Cell Games and Beyond," with its evocative strings might be the most accessible point. The full orchestration, combined with impressive fingerstyle guitar work (the titular, D&D-referencing track and its sibling "Holding and Holding") make it a dark, instrumental dream. — Nick Warren