The Erie Philharmonic's opening night will satisfy a variety of musical tastes.

by Tracy Geibel
View ProfileFacebookTwitterRSS Feed
October 12, 2016 at 11:15 AM 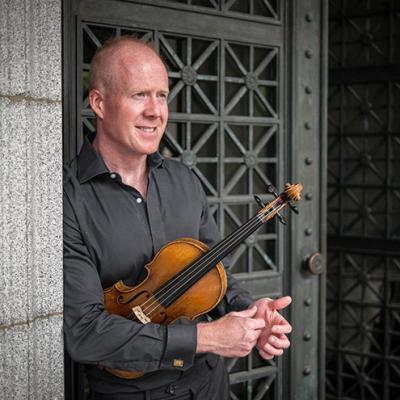 Experience music on a different level. The Erie Philharmonic level.

The Erie Philharmonic's opening night will satisfy a variety of musical tastes, as it includes one of the most dramatic works written by a Russian composer, a masterful solo violin performance, and even a few selections from the well-known ballet Swan Lake.

It starts with Igor Stravinsky's Petrushka, which tells a vividly memorable story about a character who falls in love with a ballerina. Commissioned as a ballet by Diaghilev, it was performed in 1911 by The Ballets Russes, a company known for its innovative performing arts. It's a tragic story, brought to life by music that is violent at times and tender at others, as Petrushka, the main character, is ultimately unable to woo the woman he loves.

Erie Philharmonic Concertmaster Ken Johnston will then display his impressive talents by performing the Glazunov Violin Concerto. In addition to serving as concertmaster for the Erie Philharmonic, he holds the same position for the Blue Water Chamber Orchestra of Cleveland.

The evening ends with favorite selections from Tchaikovsky's Swan Lake. The Erie Philharmonic promises "music so vivid in its ability to paint a scene" that it is "just as stirring and colorful in a concert presentation as it can be in the ballet pit."

Music-lovers are encouraged to come early for a pre-concert talk at 7:15 p.m. in the First Niagara Community Room. Hosted by classical music enthusiast Brian Hannah, who regularly performs with the Erie Philharmonic, Erie Playhouse, and other local musical groups, the talk will serve as an opportunity for Hannah to share his passion with others, as he does on his WQLN show "Classics with Brian Hannah."

But it's only the beginning. To "get your phil," check out the entire 2016-2017 season schedule at eriephil.org. – Tracy Geibel