Weekend virtual performances capture the best of Rodgers and Hammerstein 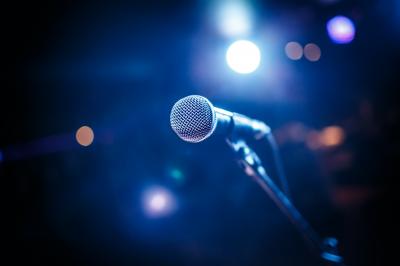 The creative partnership of composer Richard Rodgers (1902-1979) and lyricist-dramatist Oscar Hammerstein II (1895-1960) was truly worth singing about — and in grand fashion. This dynamic duo dominated American musical theater in the mid-20th century to the tune(s) of 34 Tony Awards, 15 Academy Awards, two Pulitzers, and two Grammys. In other words, they do-re-mi-fa-so-la-ti-done the thang.

Among the highlights of their catalog are the Broadway classics Oklahoma!, Carousel, South Pacific, The King and I, and The Sound of Music, along with a 1957 TV production of Cinderella that knocked quite a few glass slippers off in its day. The 1993 revue A Grand Night For Singing compiled their greatest hits along with more obscure numbers (as obscure as anything Rodgers and Hammerstein can be) in a cabaret-style Broadway production, and was nominated for two Tony Awards of its own.

The original production was a resounding testament to the timelessness of those musical theater masterpieces then, and this weekend's Erie Playhouse production should stand as proof of their still timelessness now. A cast consisting of Esther DeMary, Ellise Chase, Jenna Yates, Will Steadman, and Brandon Vogt will sing and dance through two stirring acts, as Kate Neubert-Lechner directs and Andrew Rainbow capably conducts the Playhouse orchestra.

Prospective viewers have two ways to (show)tune in this weekend — via live performances streamed from the LECOM Stage at the Erie Playhouse on Friday and Saturday, or via a recorded performance available on demand all the way til the stroke of midnight on Sunday night. There will be no live audiences allowed at the Playhouse until further notice — three of five cast members have been immunized for COVID-19 and all will be given a rapid test before each performance.

by Nick Warren3 hours ago
A Q&A with the iconic author, New Yorker, and cultural jukebox prior to Oct. 6 MIAC date