The Erie Vegan and Vegetarian Society is sponsoring a viewing of Fed Up on Jan. 10 at 1 p.m. at the Whole Foods Co-op. 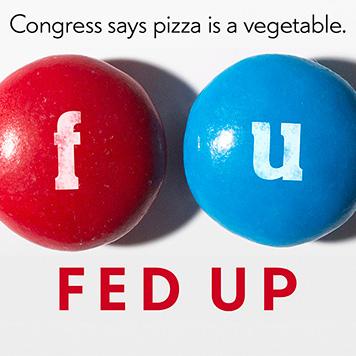 If you answered "No," you are probably with most of the rest of America. The simple answer: It looks like a 20-ounce bottle of soda.

A single soda nearly triples the American Heart Association's (AHA) recommended daily allowance for added sugar for women (the AHA allows only six added teaspoons of sugar per day for women and nine for men).

In his 2012 Huffington Post article "Sugar Babies: The Rise of 'Adult Onset' Diabetes in Children," Mark Hyman, MD, writes that over a 15-year period, adult-onset (or Type 2) diabetes rose from three to 50 percent in children. During that same time period, Hyman's colleagues witnessed strokes and cirrhosis from fatty liver disease in children as young as five. Hyman attributes each of these conditions to diet.

"We have to do something about this," Katie Couric stated in a 2014 Good Morning America interview while describing her decision to co-produce and narrate her documentary film Fed Up. "This generation of children is expected to live shorter life spans than their parents," Couric continued. "It's incredibly alarming."

The Erie Vegan and Vegetarian Society, with the goal of educating the Erie area about the benefits of consuming a plant-based, whole foods diet, is sponsoring a viewing of Fed Up on Jan. 10 at 1 p.m. at the Whole Foods Co-op.

"The documentary is an eye-opener about how much sugar we take in on a daily basis," Lisa Casler, co-founder of the Erie Veg Society, said via phone. "The film does a nice job of detailing the lives of three children as we experience their struggles to switch from primarily sugar-based diets." – Ti Sumner