The Evening Guests and the Hive Mind come to PACA

An Erie native returns, bringing his West Coast sounds right back to the Gem City.

by Matt Flowers
View ProfileFacebookTwitterGoogle+RSS Feed
July 1, 2013 at 10:27 AM 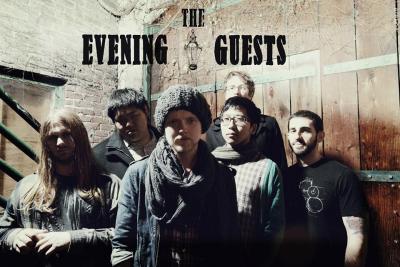 The PACA has been piling on events faster than I can keep track of, but this one is particularly eye catching.

On July 1, curtain at 8 p.m., The Evening Guests and The Hive Mind will be sharing the PACA stage. Erie native Gerard Uht, the keyboardist for these two avant-garde  bands, is bringing this eclectic group of West Coast musicians to our side of the country to put on one kick-ass show. Aside from Gerard these two bands also share bassist John Hsiang Lin and guitarist Alec De Kervor

The Evening Guests is an indie-folk band that was formed in Los Angeles, Calif. by front man Jokull Jonsson and drummer Tom McRae. Named after Jokull's grandfather's late night radio show, the band flourished with its soothing sound; the vocals have a smooth tone, like a West Coast Julian Casablancas of The Strokes mixed in with instrumentation seemingly influenced by Bright Eyes, Mumford and Sons, and the Avett Brothers – all this blanketed in a musically comforting haze that sets your ears at ease as if a few bottles of red wine have disappeared.

Just recently, The Evening Guests released an EP titled, "Not in Kansas Anymore," the title track of which I'd give an easy 4 ½ out of 5 stars. A studied group of musicians met with good song writing is like an all-star cast. And this fine formula carries over to The Hive Mind.

The Hive Mind – although it shares The Evening Guest's members and its birthplace in California – does a complete 360 with its sound. What started as a project to simply make an album became more of a "collective consciousness" for these five musicians.

The crooning Akesa Afuhaamango ties a bow a top this Blues-Jazz-R&B fusion. The dynamic in her voice makes each word more visceral, like auditory adjectives. Moreover, The Hive Mind's blend of genres hits hard, forcing your body to move to their deep grooves.

This PACA show lets us East Coasters embrace a little love from the West while possibly acquiring a taste for a genre we didn't know we liked. For only five bucks at the door, why not see some new bands at a new venue?