Going Grey is an enjoyable sidestep for one of pop-rock's most exciting emerging artists. 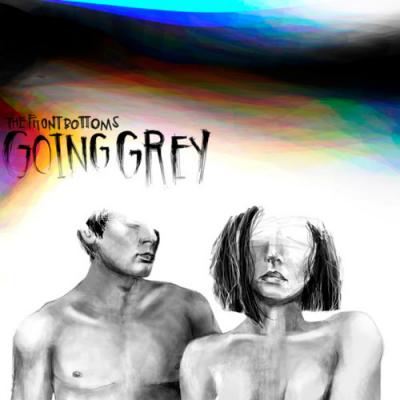 "Holy f*ck, I'm about to die," Brian Sella sings on the opening track of The Front Bottoms' fourth album, Going Grey. It's a hell of a way to open an album and one of the most effective moments yet in their quest for (semi) self-seriousness. "You Used To Say (Holy F*ck)" kicks off a strong three-track sequence also comprised of the tongue-in-cheek, harpsichord-laced "Peace Sign Middle Finger" and the surprisingly poignant "Bae."While it may not be entirely fair to compare Going Grey to the band's 2015 masterstroke, Back On Top, it is worth noting that a number of the melodies simply fall short this time around. "Vacation Town" feels like a B-side from 2013's Talon of the Hawk while "Everyone But You" suffers from a grating hook better suited for Blink-182's current lineup. But beyond these divisive moments lay songs firmly rooted in the band's strengths, from the surprisingly dark "Grand Finale" to the standout hook of "Trampoline." Meticulously polished and catered to Sella's signature "vibe," Going Grey is an enjoyable sidestep for one of pop-rock's most exciting emerging artists.