The Front Bottoms // In Sickness & In Flames

More apparent than ever, is the emotional depth of Sella's songwriting, no longer telling the wackiest stories that come to mind, but the ones that matter. 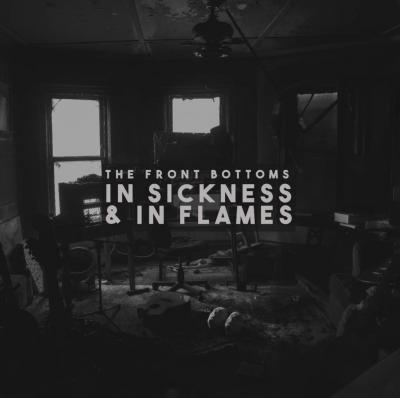 If you asked me about The Front Bottoms back in 2011, "longevity" would not be the first word to come to mind. Brian Sella's unique voice and storytelling abilities juxtaposed with raw, acoustic recordings would go on to inspire numerous imitators, both good (Modern Baseball) and bad (Hobo Johnson). The Front Bottoms later transitioned into more full-bodied, "electric" arrangements with 2015's Back on Top, an album that boasted glossy production and the band's biggest hooks to date. While 2017's understated Going Grey left some fans wanting more, In Sickness & In Flames sounds like the career records some bands can only make after a decade of playing together. The studio is used as an instrument here, altering (but not stifling) acoustic guitars on songs like "camouflage." Field recordings and narration from Sella connect songs as they bounce between influences, channeling Motion City Soundtrack one moment ("montgomery forever") and Built to Spill the next ("the hard part"). But more apparent than ever is the emotional depth of Sella's songwriting, no longer telling the wackiest stories that come to mind, but the ones that matter.
— Aaron Mook