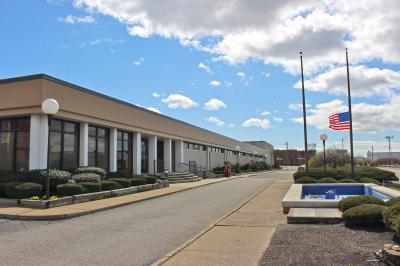 In our era of talking head opinion shows and dubiously-sourced memes being consumed as news, print journalism has never been more important — and despite numerous proclamations in recent decades, print journalism has never been dead. Each decade that print journalism has been eulogized, it has continued to survive and even thrive in many cases. Naturally, there has always been the need to adapt and evolve with the times as well as challenges to overcome, but the global crisis we are currently experiencing poses an existential threat to many newspaper staff rooms around the country (despite a greater need for skilled journalists than ever before).

Before we tumbled into a nearly worldwide lockdown, many newspapers were already facing enormous hurdles. In neighboring Youngtown, Ohio, The Vindicator — operating since 1869, selling 25,000 copies a day, and still family-owned — shut its doors this past August after years of losing money.

"The idea of a city the size of Youngstown having no newspaper at all was (and is!) depressing for those of us who think local reporting is important to a community," Joshua Benton wrote for NiemanLab that month. "And the fact that the few consolidation-hungry newspaper companies left apparently weren't interested in buying it was another dark indicator of where we were headed."

"I suspect this Ogden deal is also the sort of thing we'll see more of across the country: a newspaper being hollowed out to its brand shell," Benton added, before wondering what would happen to other local newspapers if the Gannett and GateHouse Media merger went through.

As we now know, the merger between the country's two leading newspaper publishers (one of which owned Erie Times-News) did go through this past November. They now own one-sixth of all newspapers in the United States. Retaining the name Gannett, CEO Mike Reed promised the merger would bring $300 million in "annual cost saving synergy."

Regardless of a then-unknown impending global crisis, concerning changes were coming. While these changes would certainly include finding new revenue streams to help papers survive in the digital world, the "annual cost saving synergy" was also fancy corporate-speak for layoffs, which Nieman Lab reported could be a 10 percent reduction in their overall workforce.

Then, the coronavirus happened.

Gannett was already struggling with drying up advertising revenue. Stock prices had also already begun an alarming descent. With the global economy suddenly and shockingly coming to a near-standstill, Gannett made a decision. On Mar. 30, Dan Kennedy reported on Gannett's plans in Editor & Publisher Magazine.

"The already-barebones Gannett newspaper chain has announced massive COVID-19-related cost reductions through June," the article states. "Employees making more than $38,000 will be furloughed for five days during each of the three months."

Those furloughs, of course, include the Erie Times-News, and have already begun here in Erie on a rotating basis ("It allows those affected to arrange a gig to earn some income during that week," Poytner reported), although if there is a silver lining, there are to date no permanent layoffs.

Yet, as Gannett's stock plummeted to 65 cents a share the other day, there are considerable worries about the future of their newspapers, including Erie Times-News. Investors want to make money. Rick Edmonds described in Poynter on Apr. 6 the concerns expressed by one Gannett investor.

"Billionaire investor Leon Cooperman pressed Gannett CEO Mike Reed on the point during the company's last earnings conference call," wrote Edmonds. "By Cooperman's math, Reed was promising the company could be worth five or six times as much in a few years as it is now. How could that possibly be?"

Paul Bascobert, CEO of Gannett's operating entity, released a memo describing the furloughs and pay cuts, adding that executives would be taking a 25 percent reduction in pay.

"Similarly, I will not be taking any pay until these furloughs and pay reductions have been reversed," Bascobert added.

An FAQ for Gannett employees also added that furloughs could be extended and more wage reductions and shortened work weeks could be coming. As for any layoffs this year?

"It is important to note that as we continue to consolidate some operations to achieve greater efficiencies, there will be some position eliminations as our normal course of business, but that is different than a companywide or division-wide layoff," the document states. "We remain committed to integrating the two organizations fully in line with the synergy plan."

There are some positive stories coming out of all of this. Hearst Communications, which is a private company that owns 24 daily newspapers, committed to no layoffs, furloughs, or pay cuts.

"Hearst appears to have decided comprehensive local reports on the pandemic and recession are an opportunity to showcase public service work and build audiences," Edmonds reported on Apr. 8.

Such positive anecdotes still appear to be the exception though. In neighboring Cleveland, the city's iconic and widely-read The Plain Dealer laid off another 22 staffers, leaving the once bustling newsroom with only 14 journalists. Its owner, Advance Publications, is shifting reporting over to its separate non-union Cleveland.com newsroom.

"In light of the pandemic, the Friday layoffs are especially grim, as audiences flock to original local reporting," Sam Allard wrote in The Cleveland Scene, which has long covered the newsroom-gutting cuts. Days later, Allard reported that the remaining journalists were told they could no longer cover their longtime beats, a "final and cruel blow."

"He told the 14 remaining newsroom staffers that they would henceforth be forbidden from covering stories in Cleveland, Cuyahoga County, and Summit County and could no longer report on anything that might be deemed a 'statewide' issue," Allard explained, before listing each journalist's beat that they are losing.

"It's clear that the company doesn't value the expertise of its veteran reporters and it doesn't think the community does either," The Plain Dealer News Guild said in a statement. "A move like this is incomprehensible and can only be interpreted as a way to punish people for belonging to a union. The company is choosing to switch reporters who have covered the city and county for decades to new beats and move their well-sourced beats to non-union reporters at Cleveland.com."

Despite the coronavirus consuming most of our daily attention, as well as the attention of the news cycle, each time a journalist is taken off their beat, that is one less set of eyes working as a collective community watchdog.

When GateHouse Media purchased Erie Times-News from the Mead family in 2016, ending 127 years of family ownership, the new ownership immediately clashed with the local guild.

"Prior to the January 2016 sale, the union was actively negotiating a contract with the previous owners, the Mead family," NewsGuild reported in July 2017. "But GateHouse refused to accept the collective bargaining relationship that had been in place for more than 80 years. Company representatives held meetings with employees where they outlined new conditions of employment and gave employees just a few days to decide whether they would accept them. Those who declined were considered to have resigned."

Many will likely remember those changes at Erie Times-News well. Those changes have continued, but the most important thing one can do is support all of our local newspapers from Erie to Meadville to Corry and everywhere in between. Subscribe if you are able. Share their articles on social media when you can. Click their advertisements every once in a while.

While the furloughs at Erie Times-News are disheartening, if they are truly only temporary due to the current pandemic, that is perhaps understandable. An Erie without the watchful eye of any Erie Times-News journalist though is a less transparent and less understood Erie. We must support them.

As I wrote back in August 2018 in a history of our local newspapers: "Whether it is the Erie Reader, Erie Times-News, Meadville Tribune, Erie Metropolitan Black Yellow Pages, Corry Journal, Edinboro News-Journal, Union City Today, West County News-Journal, Titusville Herald, or any of the local university and high school student-run newspapers, these publications are important pillars of truth and accountability for our region and our communities."

Here is a running list by Poynter of publications currently experiencing layoffs, furloughs, and closings.

Below are subscription pages for our region's newspapers:

Below are regional papers that do not require subscriptions: