by Alex Bieler
View ProfileFacebookTwitterInstagramGoogle+RSS Feed
July 9, 2014 at 6:45 AM 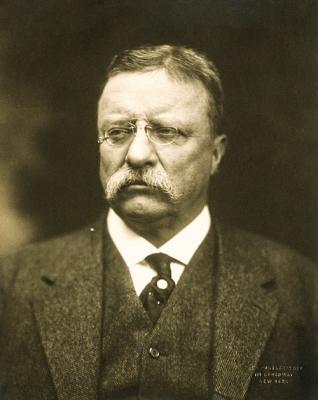 Teddy Roosevelt is an American icon, a rough-and-tumble president who wouldn't take no for an answer. Unfortunately, it'll be tough to meet the real Teddy Roosevelt, as he died in 1919, but for one night the Jefferson Education Society will resurrect the bespectacled legend. No, it won't be zombie president time. Instead, Roosevelt re-enactor Joe Wiegand will feed your brains some knowledge  when he provides a lesson on – and a physical presence for – the 26th leader of these United States.

Wiegand is a historian, writer, and lecturer on the life and times of Teddy, and his striking resemblance to Roosevelt combined with his knowledge of the past president has led him to tour the U.S. reprising the role, including a stop at The White House during Roosevelt's 150th birthday year. Now he'll bring his "bully" persona to the Jefferson, telling tales about his time with the Rough Riders in Cuba, his years as the leader of the free world, and his post-presidential exploits during An Evening with Teddy Roosevelt. – Alex Bieler