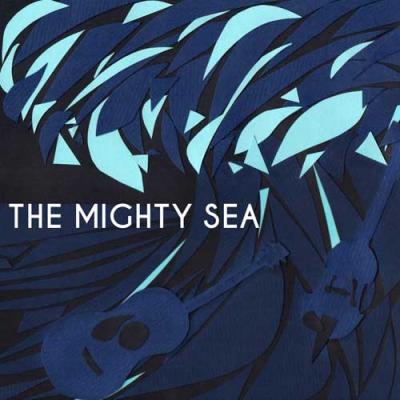 Raw yet haunting, The Mighty Sea pairs Basket Eddy's Seann Clark with Potwhole's Abby Barrett like an evening summer storm coupled with a cool after-breeze, celebrating both the intense and the mellow results of minimal instrumentation. The duo's self-titled debut album balances Clark's thunderous percussive acoustic guitar style (the man knows how to make one instrument sound fuller than most) and raspy howls (think: Ray LaMontagne and solo Dave Matthews) with Barrett's flowing viola and wispy harmonies (think: simply beautiful). The two fluidly roll from darker, brooding song ("Sailor's Song") to lighter, poppier fare ("The Mighty Sea") throughout the album with ease, but one consistent remains: these tracks run long. Only one song comes in under four minutes while four of the eleven total tracks pass the seven-minute mark. Such length does demand listeners to settle in for a longer listening experience, but the showcase of talent here is worth the time.