Two debut albums get released and a whole lot of music played.

by Alex Bieler
View ProfileFacebookTwitterInstagramGoogle+RSS Feed
May 14, 2014 at 3:28 AM 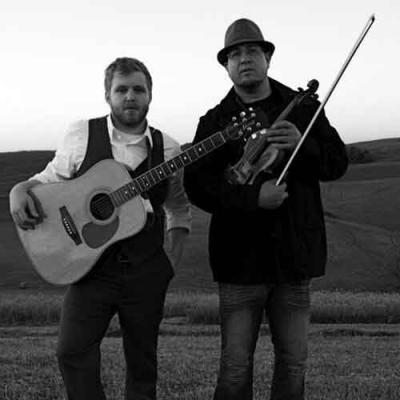 The word 'first' can hold a special place in our memories. First kiss, first concert, first anniversary… all moments in time that remain in a special place in our brains for future recollections. Three local acts will be celebrating some special firsts of their own at The King's Rook Club Saturday, May 24, hoping to make the night as memorable for you as it will be for the musicians involved.

For solo singer/songwriter Tyler Smilo and The Mighty Sea duo of Seann Clark and Abby Barrett, the night will mark the release of a pair of debut albums in Smilo's Blood Into Sound and The Mighty Sea's eponymous record, both of which are reviewed in this very issue. The heartfelt Smilo and the emotive Mighty Sea won't be alone in the first festivities, as rock 'n' roll band Daybreak Radio, which Smilo also fronts, will play its first full live show to close out the night.

"I thought it would be a great idea if we all just joined forces," says Daybreak Radio's bassist Ryan Bartosek over the phone. "Tyler and The Mighty Sea have their own draws, we would have our own draw, and if you put it all together, it would just increase the interest and make it more of an event."

The combination of artists certainly makes sense, given the connections between the bands. In addition to Smilo's Daybreak Radio ties, the solo folk artist also displays his rock side with Barrett in the Blue Pike Award-winning Potwhole. Now, all of the artists will team together for some exciting beginnings, even after one of them thought he might be near the end of his time on stage.

"I was asked to play for the last Shotgun Jubilee show and I did that, and I had it in my mindset that it might be the last time I would play bass in any serious capacity," Bartosek says. "Tyler ended up seeing me in that show and asked me to be in his band. There was no way I could say no."

After mulling over the word 'last,' Bartosek is now joining Smilo, The Mighty Sea, and the rest of his Daybreak Radio compatriots in the launch of night full of 'firsts,' and you can join them for a special show full of memories.