AInterplanetary Class Classics sets modest goals and accomplishes every last one of them. 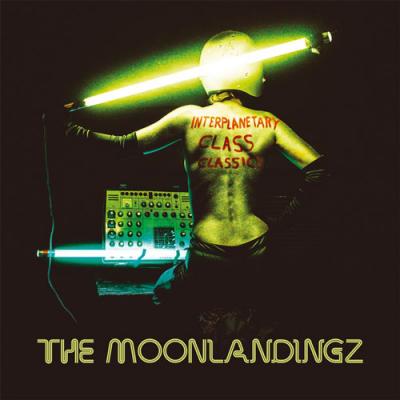 A thoroughly solid debut, Interplanetary Class Classics sets modest goals and accomplishes every last one of them. The band describes themselves as "Psychedelic Ouija Pop." It's swirly garage rock that doesn't take itself too seriously. There are plenty of captivating choruses, like "Sweet Saturn Mine" and "The Cities Undone." Sections of the album are repetitive, but far from boring. The band builds up each thumping track with hypnotic precision. The biggest surprise comes when you find out who's actually in the band. The bizarre project includes Sean Lennon (son of John and Yoko) on guitar, along with singer Lias Saoudi and guitarist Saul Adamczewski from the London band Fat White Family, plus Lennon's Ghost of a Saber Tooth Tiger bandmate (and girlfriend) Charlotte Kemp Muhl, joined by members of the avant-garde Eccentronic Research Council. The Moonlandingz were launched after being referenced as a fictional band on the Eccentronic Research Council's album, Johnny Rocket Narcissist & Music Machine I'm Your Biggest Fan (which featured a nearly identical version of the track "Sweet Saturn Mine"). After beginning as a hoax, The Moonlandingz are now, thankfully, a real thing.