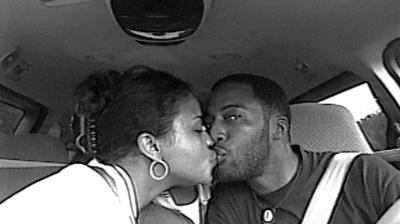 When discussing the systemic abuses in our legal system — whether it's the rates of police brutality in poor neighborhoods, the difference in sentences between white and Black offenders, or simply the way that laws are enforced — there is an issue of those trespasses being reduced to statistics. When we talk about the numbers, they are often seen as just numbers without considering the way these problems affect the real people who are hurt by them. Garrett Bradley's new documentary Time reminds us of the actual lives that these systems affect in a simple but intimately personal way.

The film follows Sibil Fox Richardson, or Fox Rich, as she grapples with Louisiana's legal system in an effort to release her husband Rob who is serving a 60-year prison sentence for robbery. In between bouts in this ongoing battle, the film also intercuts to home movie footage Fox took of her three sons over the course of 20 years while their father was imprisoned.

The film obviously addresses the aforementioned issues as well as America's prison system and how it so often seems more focused on retribution rather than rehabilitation. However, the most striking images remain the quiet, simple moments of a family changing and growing over the passage of time while a noticeable absence remains ever-present. These moments were captured on video but can never again be recovered and that is where the true power of the film can be found. The statistics and numbers are important, but ultimately the people are who matter the most.

by Forest Taylor10 hours ago