The Necessary Uselessness of Poetry

In defense of the 'Pre Walmart major' 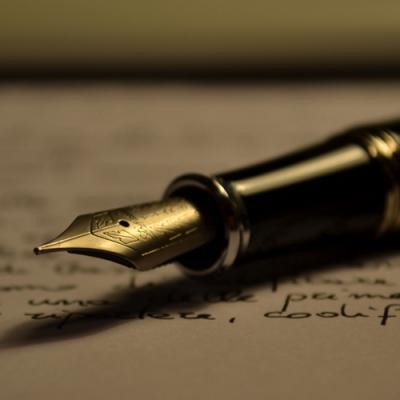 Citizens of Pennsylvania, Rep. Brad Roae wants to protect your sons and daughters from studying poetry or "some other Pre Walmart major" during their college careers. He also thinks institutions of higher education cruel for offering courses and programs of study that don't lead directly to employment after graduation. Since his first election to the Legislature in 2006, Rep. Roae has written many letters-to-the-editor and guest editorials savaging the laziness of teachers, the destructive irrelevancy of unions, the corruption rampant on college and university campuses, and the idiocy of anyone not as prophetically gifted as he is about where good jobs will be found in the future.

Pugnaciously wrongheaded as I've found virtually all of Rep. Roae's public pronouncements, I hereby state for the record that he couldn't be more correct about poetry, as well as the fields of study I suspect he means by "some other." Poetry is useless. So are fiction, drama, painting, sculpture, music, philosophy, the Japanese tea ceremony, tap dancing, origami, horseshoes, and ballet.

No matter how much poetry you write or read, no matter how immortal your rhymes and unforgettable your rhythms, poetry will never guarantee you a job. Poetry does not buy. It does not sell. It will not heat your house or put food in your children's mouths or keep you healthy. Oh, a handful of poets make comfortable livings by reading their stuff to audiences, selling their books, securing endowed professorships doing pretty much nothing when compared to those of us with real jobs; but such are the exceptions that prove the immutable rule that poetry is not a commodity, a tool, a set of instructions, a sale to be closed, a lesson to be learned, or a law to be followed or defended or broken.

Still, judging from the health of writing programs of all kinds, not to mention conferences, retreats, and festivals, thousands of Americans want to write poems and figure out how to make the poems they've already written better. They want to read poems and talk about them with people who've taken poetry as their vocation.

Like me and all but a few other writers of poetry, none of my former students makes a living from the art itself, though a few have become teachers who sometimes talk about it in their own classrooms. Other former students have grown into decently employed adults, despite their continuing love for poetry, novels, plays, and essays; and despite earning degrees that didn't guarantee a job. One ex-student holds a post-doctoral fellowship in microbiology. Another directs a pre-school in Osaka, Japan. A third works as an archivist in a university library. A fourth sells Fords. A fifth owns a construction business. Yet another is a professional musician.

Poetry is necessary. It tells the truth, no matter the consequences. It brings everything most fundamentally human – birth, death, faith, despair, joy – into language. Whether biblical or secular, poetry puts into words what logic claims cannot be said.

As a devout Roman Catholic, Rep. Roae surely knows in his heart why poetry has existed as long as language has, why adolescents the world over turn to poetry when they fall in love, why repressive regimes throughout history have jailed and killed poets: Poetry is necessary. It tells the truth, no matter the consequences. It brings everything most fundamentally human – birth, death, faith, despair, joy – into language. Why study poetry? The Psalms of David speak the answer. The Song of Songs. The Sermon on the Mount. Whether biblical or secular, poetry puts into words what logic claims cannot be said.

I'm willing to bet Rep. Roae's children have brought poems home from school or spontaneously blurted ones he'll never forget. Mammon holds no sway over such things. In that spirit, I offer a poem my son brought home from the second grade, a moment of grace that hangs next to my chair in our dining room, saying it all:

Earth is a planet

Earth is a planet

where many people give.

We live in peace.

We live in space.

to be in this place.

John Repp has taught at Edinboro University since 1991. He held his first job at 12, working in his father's tackle shop. His most recently published poem is entitled "Convenient Worms."